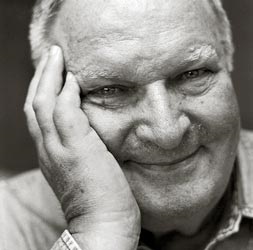 Robert Schrieffer, with colleagues John Bardeen (1908–91) and Leon Cooper, shared the 1972 physics prize for their joint development of the first successful microscopic theory of superconductivity, named the BCS theory in their honour. Superconductivity (the complete disappearance of electrical resistance in certain materials, usually at ultralow temperatures) was discovered by Dutch physicist Kamerlingh Onnes in 1911, and has been the subject of much work since, but the actual mechanics of the phenomenon were still unclear. Around 1950 it was found that superconductivity had to do with the coupling of electrons to the vibrations of the crystal lattice. From this position, in 1957 Bardeen, Cooper and Schrieffer developed a complete theoretical explanation of superconductivity.

John Robert Schrieffer was born in Oak Park, Illinois, in 1931. In 1940, the family moved to Manhasset, New York, and in 1947 to Eustis, Florida where they entered the citrus fruit industry. Like many physicists, Schrieffer started young with homemade rockets and ham radio. After graduating from Eustis High School in 1949, he entered MIT to study electrical engineering but switched to physics after two years. He gained his BSc in 1953 and went on to the University of Illinois, Urbana-Champaign, where he worked on solid state physics as an assistant to Bardeen. After working out a theoretical problem of electrical conduction on semiconductor surfaces, Schrieffer joined Bardeen and Cooper in developing the theory of superconductivity.

In 1980, Schrieffer became a professor at the University of California, Santa Barbara, and rose to chancellor professor in 1984, serving as director of the university’s Institute for Theoretical Physics. In 1992, Florida State University appointed Schrieffer as a university eminent scholar professor and chief scientist of the National High Magnetic Field Laboratory, where he pursued the study of room temperature superconductivity. He is now Professor Emeritus at Florida State University.

In 1960 he married Anne Grete Thomsen, whom he met in Denmark. They have three children.