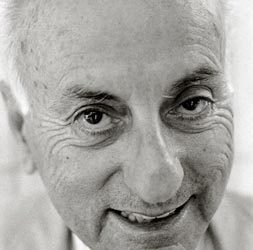 He spent the period of 1956-58 as a physicist at the Brookhaven National Laboratory in Upton, L.I., changed to Columbia University in 1958 where he was appointed professor in 1963 and held a chair in physics until 1966. From 1966 on he taught at Stanford University in California. After his retirement in 1983 he remained associated with that university as a consulting professor. After he had given up his research activities, Schwartz founded his own company in the field of electronic information processing in Mountain View, CA, whose director he still is.

In 1959, Schwartz had thought about turning neutrino radiation "into an active research tool." Together with his colleagues at the time, Leon Lederman and Jack Steinberger, he began to conduct neutrino radiation experiments at the proton accelerator of the Brookhaven National Laboratory in 1962, and was able to demonstrate in 1963 that there are two kinds of neutrinos which are associated with different elementary particles, i.e. electrons and muons. This experiment, which can be called the beginning of neutrino physics, launched a process by which the so-called weak force in the atomic nucleus could be studied in detail. It also became evident at that time that elementary particles belong to different "families."

Schwartz, together with Leon Lederman and Jack Steinberger, were awarded the Nobel Prize for Physics in 1988 for the "neutrino beam method and the detection of the pair structure of leptons by way of the discovery of the mu