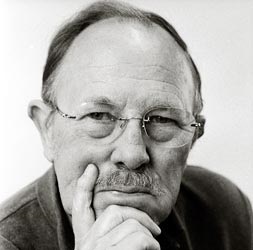 William Forsyth Sharpe shared the 1990 economics prize with Harry Markowitz and Merton Miller for their pioneering work in the theory of financial economics.

Sharpe was a leading figure among researchers in the 1960s who used Markowitz's portfolio theory as a basis for developing a theory of price formation for financial assets, the so-called Capital Asset Pricing Model, or CAPM, considered the backbone of modern price theory for financial markets. Sharpe's work was contained in his essay "Capital Asset Prices: A Theory of Market Equilibrium under Conditions of Risk" (1964).

Sharpe was born in Boston, Massachusetts, in 1934, but grew up in California after moving there during the war with his father's National Guard unit. He went to school in Riverside, and in 1951 enrolled at the University of California at Berkeley, aiming towards a medical degree. After a year, however, he transferred to the UCLA to major in Business Administration, gaining a BA in 1955 and MA in 1956. It was at UCLA that Sharpe first came across the work of Markowitz. After a short period in the army, Sharpe joined the RAND Corporation in 1956 as an economist, at the same time studying for a PhD at UCLA, gaining advice on his dissertation "Portfolio Analysis Based on a Simplified Model of the Relationships among Securities" from RAND colleague Markowitz.

After gaining his PhD in 1961 he moved to the School of Business at the University of Washington, Seattle. There he started the work that grew into the CAPM, a financial model that explains how securities prices reflect potential risks and returns. In 1968, Sharpe moved to the University of California at Irvine, and moved again in 1970 to Stanford University Graduate School of Business, where he was named the Timken Professor of Finance in 1973. In 1986, he took a two-year leave to set up Sharpe-Russell Research consultancy firm (now William F Sharpe Associates), and in 1989 retired as professor to concentrate on his business. In 1996 he co-founded Financial Engines, a firm that provides online investment advice to individuals.

Sharpe has also served as President of the American Finance Association and consultant to the likes of Merrill Lynch, Wells Fargo, Nikko Securities and the Union Bank of Switzerland. He has received several awards, including the American Assembly of Collegiate Schools of Business award for education in 1980 and the Nicholas Molodovsky Award for outstanding contributions to the finance profession in 1989. His wife, since 1986, is painter Kathryn Sharpe.