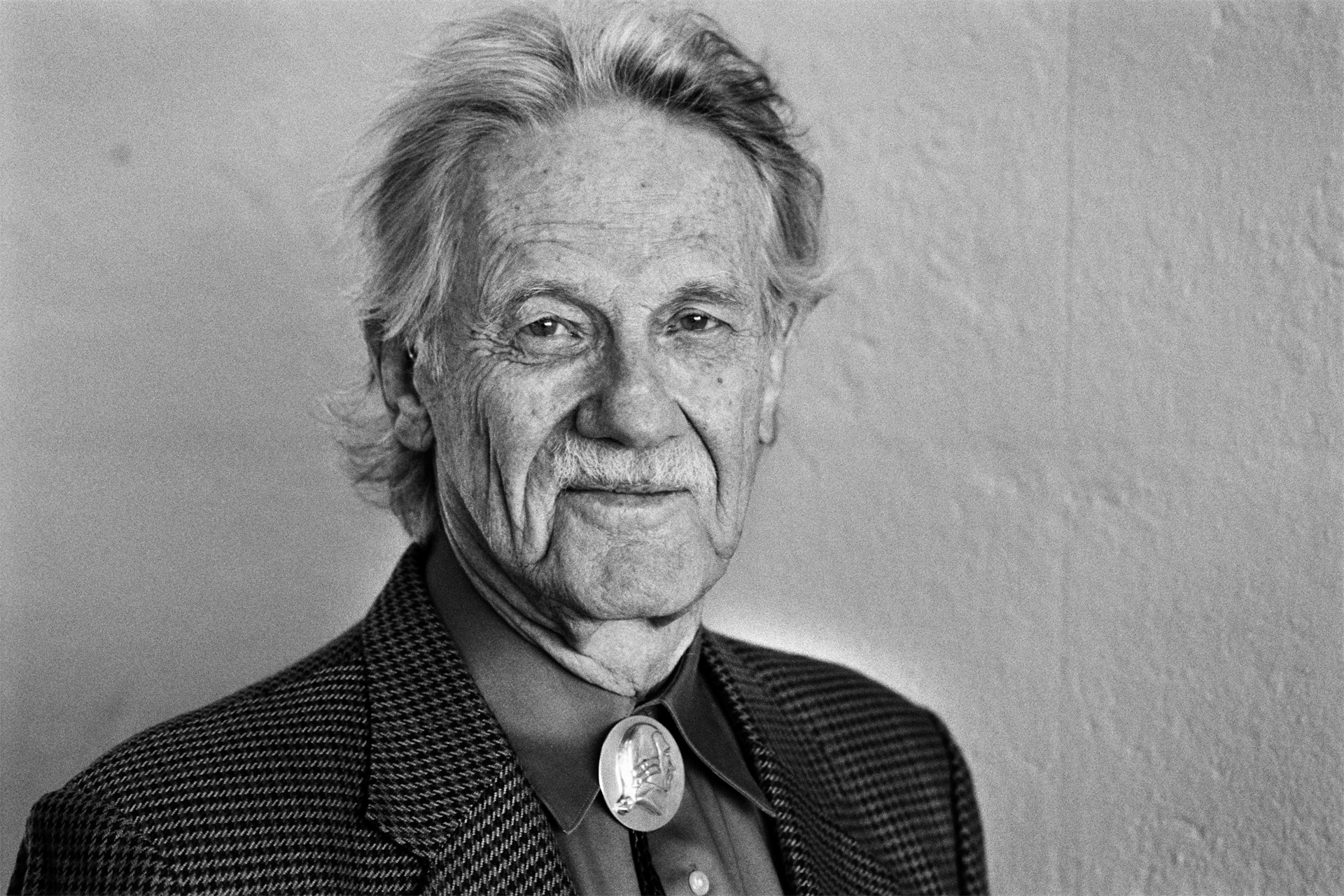 Vernon Lomax Smith received one of the 2002 Economics Prizes "for having established laboratory experiments as a tool in empirical economic analysis, especially in the study of alternative market mechanisms". The other prize was given to Daniel Kahneman. Economics relies increasingly on laboratory data. This involves analysis of human decision-making by psychologists like Kahneman, and the testing of predictions by experimental economists like Smith.

He was born in Wichita, Kansas in 1927 and learned the 'three Rs' (r)eading, (w)riting and (a)rithmetic – in a rural one-room schoolhouse as well as the principle of education with the responsibility to make the right choice and respect ourselves. In 1934, unable to keep up mortgage payments on their small farm, the family moved to Wichita. Vernon found high school dull and in 1943 he went to work at the local Boeing Aircraft factory, attending summer school so he could graduate in 1944• He then entered the Friend's University Quaker College, studying physics, chemistry, calculus, astronomy and literature for one year, earning top grades and then went on to Caltech. In 1949 he earned his BSc in electrical engineering but was hooked by an economics course so that after graduating, he went on to the University of Kansas to get an MA in economics and in 1952 entered Harvard to study for his PhD.

In 1955 Smith completed his PhD and took a teaching position at Purdue University. He found it difficult to convey theory to students and decided to try running an experiment to engage their interest. The experiment was a success and he continued in this vein, publishing a paper of his results in 1962. His work has been instrumental in establishing experiments as an essential tool in economic analysis. Much of his commercial work was related to the deregulation of energy in the US, Australia and New Zealand. He devised 'wind-tunnel tests', where trials of the new market designs were carried out in the lab before being put into practice.

In 1967 he moved to Brown University, then in 1968 to the University of Massachusetts and in 1972 accepted a fellowship at the Center for Advanced Study in the Behavioral Sciences. His research turned to the economics of uncertainty and financial theory, but he continued to think about experimental economics in teaching. He joined Caltech from 1973-75•starting the experiments that would lead to a series of papers testing public good mechanisms. He then moved to the University of Arizona in Tucson, where he remained for 26 years, becoming Regents' Professor of Economics in 1988 before leaving for George Mason University in Fairfax, Virginia in 2001. He also worked at the Cato Institute in Washington, DC. He has been married twice – first to Joyce Harkleroad in 1950 with whom he has three children and later to Carol Breckner with whom he has a son.

Text and picture of the Nobel Laureate were taken from the book: "NOBELS Nobel Laureates photographed by Peter Badge" (WILEY-VCH, 2008).