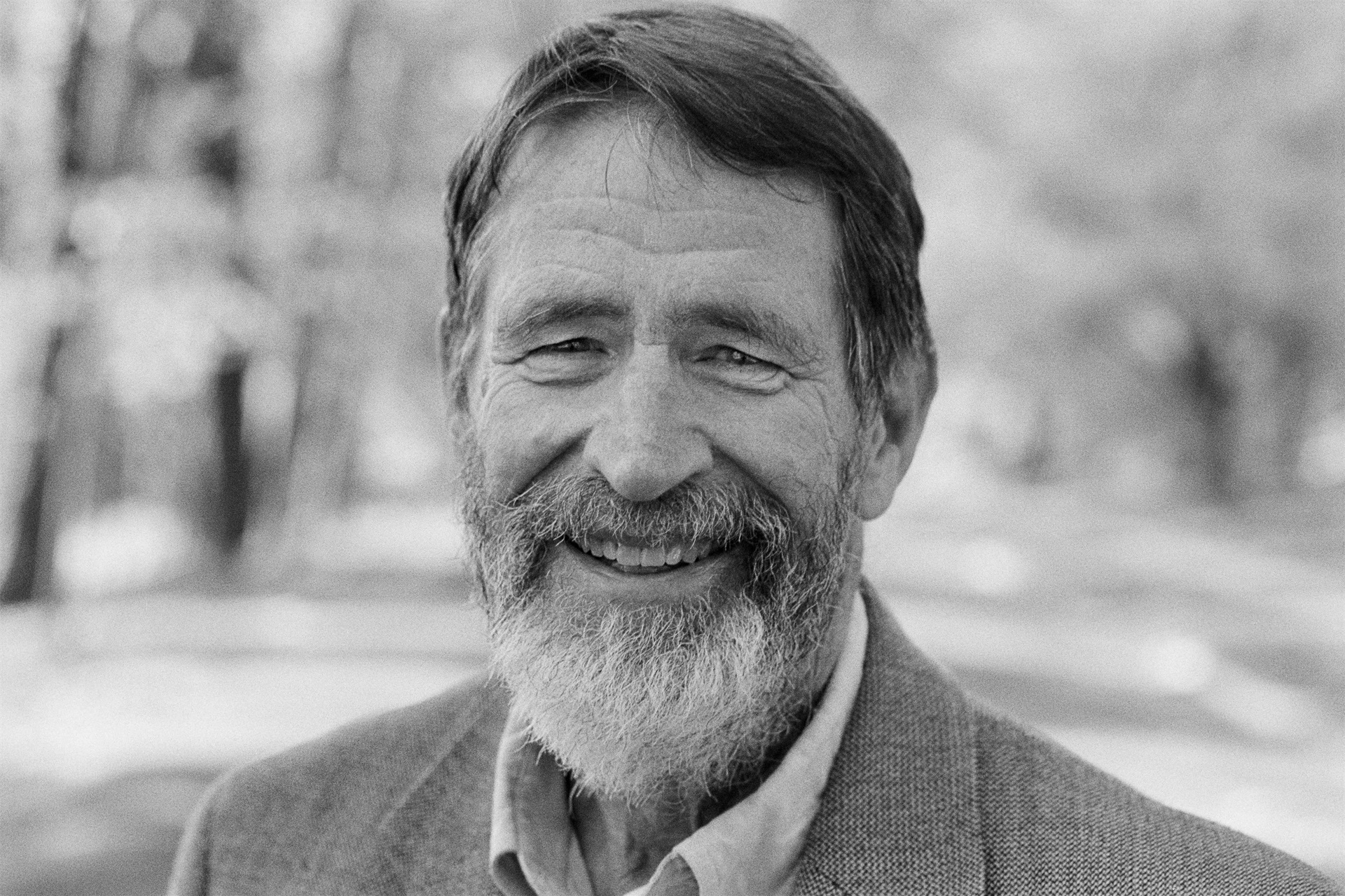 George Smith was cited for ‘harnessing the power of evolution’ through his work with bacteriophages – viruses that infect bacteria – to discover proteins with new functions.

He shared one half of the 2018 Nobel Prize in Chemistry with Sir Gregory Winter, for their related work on phage display, the other half going to Frances Arnold for her breakthrough in directed evolution of enzymes.

Phages infect and reproduce in bacteria. Smith began his Nobel-winning work in 1984, when he realised that the filamentous family of phages could tolerate a great diversity of guest peptides (stretches of extra amino acids unrelated to the phage) genetically fused to one of the proteins on the outer surface of the phage particle. Using molecular biology methodology already current at the time, it would be possible to construct large “libraries” consisting of millions or billions of phage clones, each displaying a different guest peptide on the phage surface.

Because guest peptides are “displayed” on the phage’s outer surface, they are able to react with biomolecules such as antibodies dissolved in the surrounding medium. If such a biomolecule is immobilized on a solid surface, and that surface is then exposed to a large library of phage clones displaying different guest peptides, phages whose displayed guest peptides happen to bind to the immobilized biomolecule are captured on the surface while all other phages can be washed away. This simple process, called affinity selection, allows binding peptides to be specifically selected, even if they are a miniscule minority in the starting library. In this artificial biosphere, only the fittest peptides—those with affinity for the immobilized biomolecule—survive, fitness in this context being defined by the experimenter for his or her own purposes.

In the six years that followed the initial publication in 1985, a number of labs including Smith’s validated and expanded the phage-display idea, and it has continued to be enriched in creative ways by numerous scientists, including Smith’s co-laureate Gregory Winter, ever since. Smith frequently argues that phage display exemplifies how scientific discoveries and innovations emerge from global scientific communities, not primarily from individuals.

George Pearson Smith was born in Norwalk, Connecticut in March 1941. As a boy he was fascinated by animals, particularly reptiles such as alligators and snakes, admitting he would bore his parents on trips to the zoo by spending the time watching ‘creatures that didn’t move’. He attended preparatory school at Andover, Massachusetts, and spent a year as an exchange student in England, learning to play rugby and cricket ‘but not well’, before returning in 1959 to study at Haverford College in Pennsylvania, with a career in herpetology in mind. Haverford did not offer herpetology, however; its Biology department focused instead on molecular biology, which Smith says was a much better fit to his abilities. After graduating with a AB in biology in 1963, and a year as a teacher and lab technician, he entered graduate school at Harvard University, where he earned his PhD in bacteriology and immunology in 1970.

He served as a postdoc at the University of Wisconsin in Madison before joining the faculty at University of Missouri in 1975. It was during a 1983–1984 sabbatical with Robert Webster at Duke University in Durham, North Carolina, that he began the work that led to his Nobel Prize. He was named Curators’ Distinguished Professor in 2000 and became a professor emeritus in 2015. As well as the Nobel Prize he was awarded the Promega Biotechnology Research Award by the American Society for Microbiology in 2007, and is an elected Fellow of the American Association for the Advancement of Science and of the U.S. National Academy of Sciences.

Smith lives in Columbia, Missouri, with his wife, Marjorie Sable, professor emerita of the MU School of Social Work. The couple have two sons and are vocal advocates of social justice and human rights. Despite being a non-Jewish member of the Jewish community (Marjorie and the children are Jewish), Smith is active in the movement to boycott Israel until it ends its subjugation and dispossession of the Palestinian people. Smith is a founding member of the 60-strong Columbia Chorale choir.