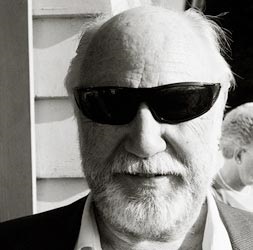 
Born in Blackpool (Great Britain) on April 26, 1932. In 1950 he began to study Chemistry in Manchester. In 1956 he graduated as Ph. D. by means of a thesis on cyclo-hexandiol. With the support of the British Columbia Research Council he obtained an assistant’s post with Har Gobind Khorana, who later (in 1968) was awarded the Nobel Prize in Medicine for clarifying the genetic code and its function in the synthesis of albumen. In 1960 Smith joined Khorana and his team when they went to the Institute for Enzyme Research of University of Wisconsin at Milwaukee (USA). As he was discontented with the circumstances there, Smith soon returned to Vancouver, where he could continue his studies on nucleic acids.

In 1966 he was admitted as professor to the Department of Biochemistry of the Medical Research Council of Canada. There he first dealt with model studies on the stability of the DNA double helix and its special structural features. In the 1970s, independently of his fellow scientist Kary B. Mullis at the Cetus-Cooperation, he developed a method for the “site-directed mutagenesis” which easily allows to replace single base or amino acid ends within the highly complex DNA molecules. This method is used technologically for optimising enzymes for biotechnological processes. For this method (and for Mulli’s invention of the polymerase chain reaction PCR) the two scientists were awarded the Nobel Prize in 1993.