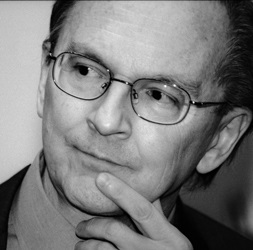 Every cell contains the same ‘toolbox’ of life – proteins, etc – and the body’s unique blueprint – DNA. But, as organisms grow, how does the DNA survive the process of cell division and replication without being damaged or degraded?

As early as the 1930s, scientists had observed that whole chromosomes would not fuse together but fragments would. They hypothesized that protective ‘caps’ called telomeres at each end prevented the inappropriate joining of chromosome ends.

Half a century later, Jack Szostak and Elizabeth Blackburn showed that a repeated DNA sequence in the telomeres protects the chromosomes ends from degradation. Blackburn and Carol Greider then identified telomerase, the enzyme that makes telomere DNA.

When studying a single-celled organism, Tetrahymena, Blackburn noticed the DNA sequence CCCCAA was repeated several times at the ends of the chromosomes.

When Blackburn presented her results in 1980 Szostak suggested they try an experiment. Blackburn isolated the CCCCAA sequence and Szostak coupled it to the minichromosomes and put them back into yeast cells. Sure enough, the telomere protected them from degradation. As the two organisms were very distantly related, this result clearly showed a fundamental mechanism common to most plants and animals.

The discovery caused a stir. If long telomeres prevented cell degradation, some thought they could prevent the organism as a whole from aging.

While that appears to be rather wishful thinking, more immediate medical uses have presented themselves.

Certain inherited diseases such as dyskeratosis congenita are characterised by a defective telomerase, resulting in damaged cells. Cancer cells, on the other hand, reproduce but seem to have eternal life and do indeed have long telomeres. Work is already under way to explore the effect of targeting telomerase in active cancer cells or stimulating it in diseased cells.

Jack Szostak was born in London, England, in 1952 and grew up in Canada, where he attended Riverdale High School in Quebec. He graduated at 15 with a scholarship to University in Montreal, gaining a BS in cell biology at the age of 19. He then moved to New York where he gained his PhD in biochemistry at Cornell University in Ithaca in 1977. Two years later he started his own laboratory in Boston at the Sydney Farber Cancer Institute, then in 1984 moved to the Massachusetts General Hospital. Academically he is affiliated with Harvard Medical School, where he was made full professor in 1988. Since 1998 he has been an Investigator of the Howard Hughes Medical Institute.

He is now a US citizen but says he is fully aware of his Polish roots. Today, his lab focuses on the origins of life on Earth and the construction of artificial cellular life.