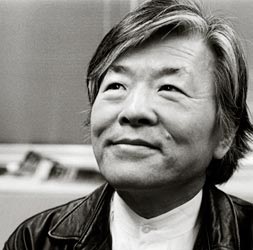 The body is under constant threat from viruses and bacteria and reacts by creating antibodies that can identify and react against a seemingly infinite variety of foreign antigens. How this flexibility is possible has mystified scientists for years, as the human genome contains only about 20.000 genes, but was explained by Susumu Tonegawa in 1976. He showed that each antibody protein is encoded not by a specific gene but by a number of gene fragments that are·rearranged to generate different antibody molecules, effectively mixing a specific antibody potion to deal with different threats. The antibody protein is formed from four chains, parts of which are constant and parts of which are variable. By shuffling the variables the antibody can be adjusted to match the surface antigen of the invader. The better the match, the better and more effective the antibody's grip will be. His discoveries offer possibilities to improve vaccination – and also to inhibit unwanted immune reactions.

Tonegawa was born in Nagoya, Japan, in 1939, the second of four children, and was educated at the Hibiya high school in Tokyo. In 1959 he entered the University of Kyoto to study chemistry, graduating in 1963, and began his PhD in molecular biology in Japan before moving to UC San Diego, under Masaki Hayashi. He received his PhD in 1968 and stayed on for a few months of post-doctoral work before joining the nearby Salk Institute. With his US visa expiring, Tonegawa moved to the Basel lnstitute for lmmunology in Switzerland, initially on a two-year contract to research the genetic origins of antibody diversity. “I felt that I could contribute to resolving this question by applying the recently invented techniques of molecular biology, namely, restriction enzymes [which cut DNA into specific chunks] and recombinant DNA”, he recalls. His results were so successful that he remained, heading a growing team, until 1981, during which he published his Nobel-Prize work.

He then returned to the US as a professor at the Center for Cancer Research at MIT under Salvador Luria. There he continued his research, this time on the antigen receptor of T cells and studied molecular and cellular aspects of neurobiology. In 1994 he founded and directed the Picower Institute for Learning and Memory at MIT. In 2006, Tonegawa resigned as director of the Picopower Institute.

Tonegawa has received several awards, including the Japanese Order of Culture (1984), and the Lasker Award in 1987. He has been married twice. His first wife, Kyoko, is a potter. In 1985 he married TV reporter Mayumi Yoshinari, with whom he has a son.