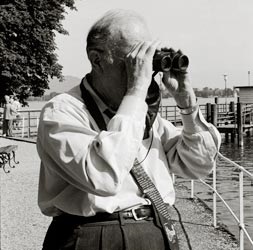 Many people know that the word ‘laser’ is an acronym (light amplication by stimulated emission of radiation) but few have heard of its relative the maser – which produces and amplies electromagnetic radiation mainly in the microwave region of the spectrum. Charles Hard Townes is an American physicist who gained the fundamental patent on the maser, and is also known for his other work in quantum electronics connected with both maser and laser devices. He received one of the 1964 physics prizes, the other going to Aleksandr Prokhorov and Nikolay Basov.

He was born in Greenville, South Carolina, in 1915, attending local schools and Furman University in Greenville, where he gained a BSc in Physics and BA in Modern Languages, graduating at the age of 19. He loved the “beautifully logical structure” of physics but was also interested in natural history, serving as curator of the museum, and working during the summers as collector for Furman’s biology camp. In 1936, Townes gained an MA in Physics at Duke University, then entered graduate school at the California Institute of Technology, where he received his PhD in 1939.

During the war he developed radar bombing systems at Bell Telephone Laboratories and remained there after the war, turning his attention to the use of microwave technology in a new field, high resolution molecular spectroscopy. In 1948, he joined Columbia University, where he continued his research and in 1951 devised the maser – an acronym for microwave amplification by stimulated emission of radiation. He and his students, among them James Gordon and Herbert Zeiger, produced the first working model in 1954. Townes and his brother-in-law, Arthur Schawlow (Nobel Prize in Physics 1981), also showed theoretically that masers could operate in the optical and infrared region – the laser. From 1959 to 1961, he served as vice president and director of research at the Institute for Defense Analyses in Washington, DC, a nonprofit organisation operated by universities to advise the government. He was then appointed provost and professor of physics at the MIT, but in 1967 moved to the University of California, Berkeley, where he became professor emeritus 1986.

Other research has included radio and infrared astronomy. He and his assistants first detected ammonia and water molecules in space and measured the mass of a black hole. Between 1966–70 he was chairman of the NASA Science Advisory Committee for the Apollo lunar program. He has also taught in Canada, France, Germany, Italy, India and Japan and served on the boards of General Motors and the Perkin-Elmer Corporation. As well as the Nobel Prize, Townes hold over 25 honorary degrees from various universities and received several other awards, in 2005 the Templeton Prize and, with Raj Reddy, the 2006 Vannevar Bush Award for Lifetime Contributions and Statesmanship to Science. Townes married Frances Brown in 1941. They lived in Berkeley and had four daughters and six grandchildren.