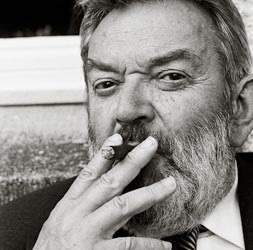 With his student Gerardus ‘t Hooft, Veltman received the 1999 Nobel Prize in Physics for devising a mathematical system of predicting the properties of the subatomic particles that make up the universe.

Veltman was born in Waalwijk, in 1931, as the fourth of six children. His father was a primary school headmaster and placed a great emphasis on education, but during WWII the invading German army took over the school to billet soldiers – lessons were improvised, sometimes taking place in a stable. Veltman graduated from high school in 1948, and went on to university at Utrecht, but with the staff decimated by war he found lessons dull. After five years (2 years longer than normal) he passed the candidaats exam. It was only then that he came across a book on Einstein’s theory of relativity, which belatedly inspired him. He returned to his studies with renewed vigour, breaking only for military service from 1958–59. His main studies were at Utrecht under Leon Van Hove, but to develop his interest in particle physics, Veltman took extra courses in Naples and Edinburgh.

In 1960, Van Hove became director of the theory division at CERN, the European High Energy laboratory in Geneva, Switzerland. Veltman followed him in 1961, where he calculated Coulomb corrections for the CERN neutrino experiment as part of his PhD thesis, which he completed in 1963. Veltman continued to work on calculations for the neutrino experiment, and began writing a computer program to perform the lengthy number-crunching. In 1966, he succeeded Van Hove as professor of physics at Utrecht, and it was there in 1969 that he teamed up with student Gerard ‘t Hooft.

At this time the fundamental theory of particle physics, termed the standard model, was incomplete. Theoretically, two fundamental forces, electromagnetism and the weak nuclear force, could be products of a single, underlying force, called the electroweak force. A mathematical foundation for the electroweak theory was lacking, however, and in 1969 Veltman and ‘t Hooft began the search for a workable solution. It was ‘t Hooft who first cracked the mathematical problem, publishing his findings in 1971. The two men then used Veltman’s computer program to calculate the properties of the massless W and Z particles predicted by the theory. The ‘t Hooft-Veltman model allows scientists to calculate the physical properties of other subatomic particles including the top quark, which was first observed in 1995.

In 1980, Veltman spent a sabbatical year at the University of Michigan. He remained, promoted to the MacArthur chair, until he retired in 1997 and returned to the town of Bilthoven in the Netherlands with his wife Anneke (they married in 1960 and have three children). Asteroid 9492 Veltman is named in his honour. 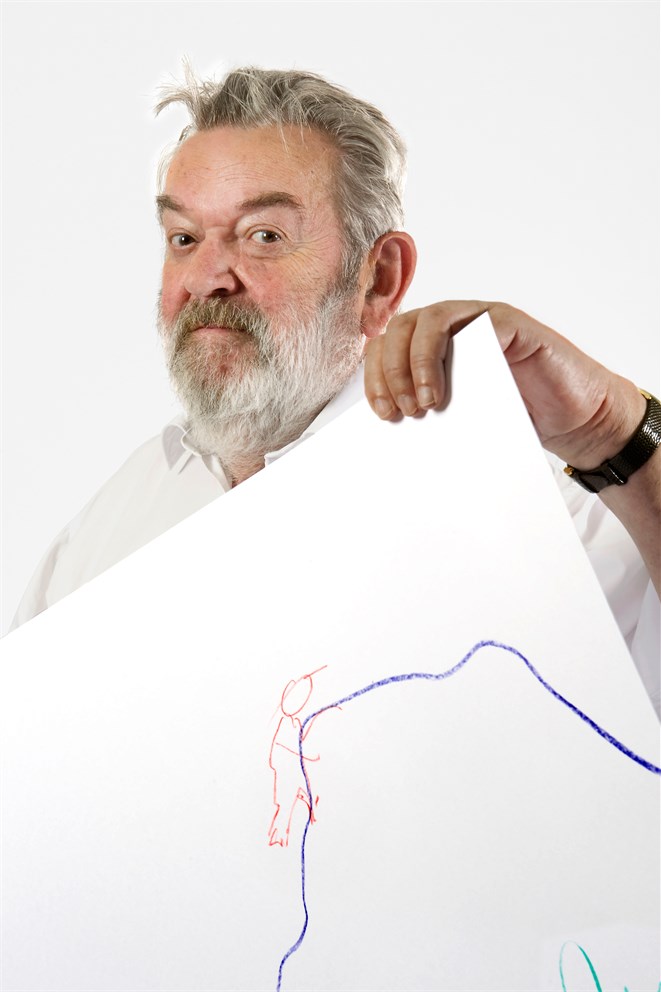 Veltmann smiles when I ask for the drawing. I guess the man has been
warned in advance! He sketches a tiny human climbing up a steep hill,
obviously wanting to see whatʼs on the
other side. Since Veltman hasnʼt won
the Nobel Prize for mountaineering,
I ask him if the little man in the
picture is Sisyphos.
“No”, says Veltman, “heʼs a
scientist!”

The Standard Model of particle physics, sometimes described as a ‘theory of almost everything’, is well-represented in the Sketches of Science exhibition. The gradual building of this major edifice of modern physics, which unites current knowledge of most of the interactions known to govern the behaviour of elementary particles (with the notable exception of gravity), has led to the creation of many Nobel Laureates over the past half century. Two of those Laureates in this exhibition chose to depict the moment of discovery in their drawings, something which none of the other 48 Laureates decided to do. One was Leon Lederman, who drew both his discovery and the celebrations surrounding it. The other is Martinus Veltman, whose drawing ignores the discovery itself and concentrates solely on the moment, showing a scientist cresting the top of a hill after a long and arduous climb.

“The drawing is as I see science,” says Veltman: “climbing a mountain ridge and then the great moment when you can look and see what is behind.” And what lies behind, as so many Laureates will say when describing the addictive joy of scientific research, are usually more questions! Perhaps nowhere is this better illustrated than in the development of the Standard Model, where theoretical advances so frequently lead to the need for new experiments, and then experimental discoveries require the construction of new theories to support them. This constant interplay between the theorists and the experimentalists has been one of the hallmarks of particle physics. Veltman and his graduate student Gerardus ‘t Hooft were on the theoretical side, and shared the Nobel Prize in Physics for placing the Standard Model on a firmer mathematical footing, improving its power to predict the existence of new particles.

Veltman’s picture shows a lone scientist, striving to reveal nature’s secrets. “Science is most definitely an individual activity”, comments Veltman. “Sometimes someone makes the mistake that you can organize it,” he continues. “It always goes wrong. You cannot organize science.” And while such lonely endeavour surely makes-up much of a scientist’s life, the Laureates in this exhibition mostly go to great lengths to emphasize the social side of science. Again, the creation of the Standard Model is a perfect example of such communal, yet at the same time individual effort. So perhaps Veltman’s scientist also represents the progress of science itself.