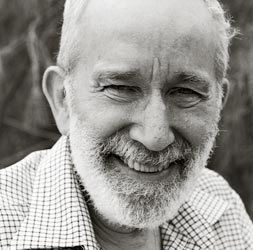 Ask most people what causes a stomach ulcer and they’ll guess at stress and gluttony. In fact, as Australians Barry Marshall and Robin Warren discovered as recently as the 1980s, they are an infectious disease caused by bacteria. Warren first observed small curved bacteria colonising the lower part of the stomach (antrum) in about 50% of patients from whom biopsies had been taken. He noted that signs of inflammation were always present in the gastric mucosa close to where the bacteria were seen. Marshall followed up on Warren’s findings and together they studied biopsies from 100 patients. Marshall eventually succeeded in cultivating the previously unknown bacterial species Helicobacter pylori from these biopsies. The organism was found to be present in almost all patients with gastric inflammation, duodenal ulcer or gastric ulcer. lt is now known that Helicobacter pylon causes more than 90% of duodenal ulcers and up to 80% of gastric ulcers.

John Robin Warren was born in North Adelaide, in 1937, the son of one of South Australia’s many commercial winemakers, but had an impoverished childhood due to the Depression and wartime restrictions. He attended Westbourne Park School and St Peter’s College, Adelaide, where he joined the army cadets and was a keen reader and photographer. In 1954 he was diagnosed as suffering grand mal epilepsy but he still gained a Commonwealth scholarship to the medical school of the Adelaide University in 1955, followed by a residency at the city’s hospital, where he met his future wife, Winifred Williams (they have four sons and a daughter).

Warren served as registrar in clinical pathology at the Royal Adelaide Hospital, followed by work as a lecturer in pathology at the Adelaide University. From there he moved to the Royal Melbourne Hospital where he finished his training in 1967 and was promptly taken on as a senior pathologist at the Royal Perth Hospital. It was there, in 1979, that he noticed bacteria growing on the surface of a gastric biopsy. Over the next two years, he collected numerous examples and showed that they were usually related to chronic gastritis. In1981, he was joined by Barry Marshall, and together the pair wrote two papers, in 1983 and 1984, linking the infection to duodenal ulcer and culturing a new organism. Despite the accepted logic that ‘nothing grows in the stomach’, by 1990, their findings began to be recognised by the medical community. In 1997, Winifred was diagnosed with pancreatic cancer and died. Having cared for her throughout her illness, Warren decided the time had come to retire. After the Nobel award, an Australian documentary was made in 2006 about Warren and Marshall and they were both made Companion of the Order of Australia in 2007.