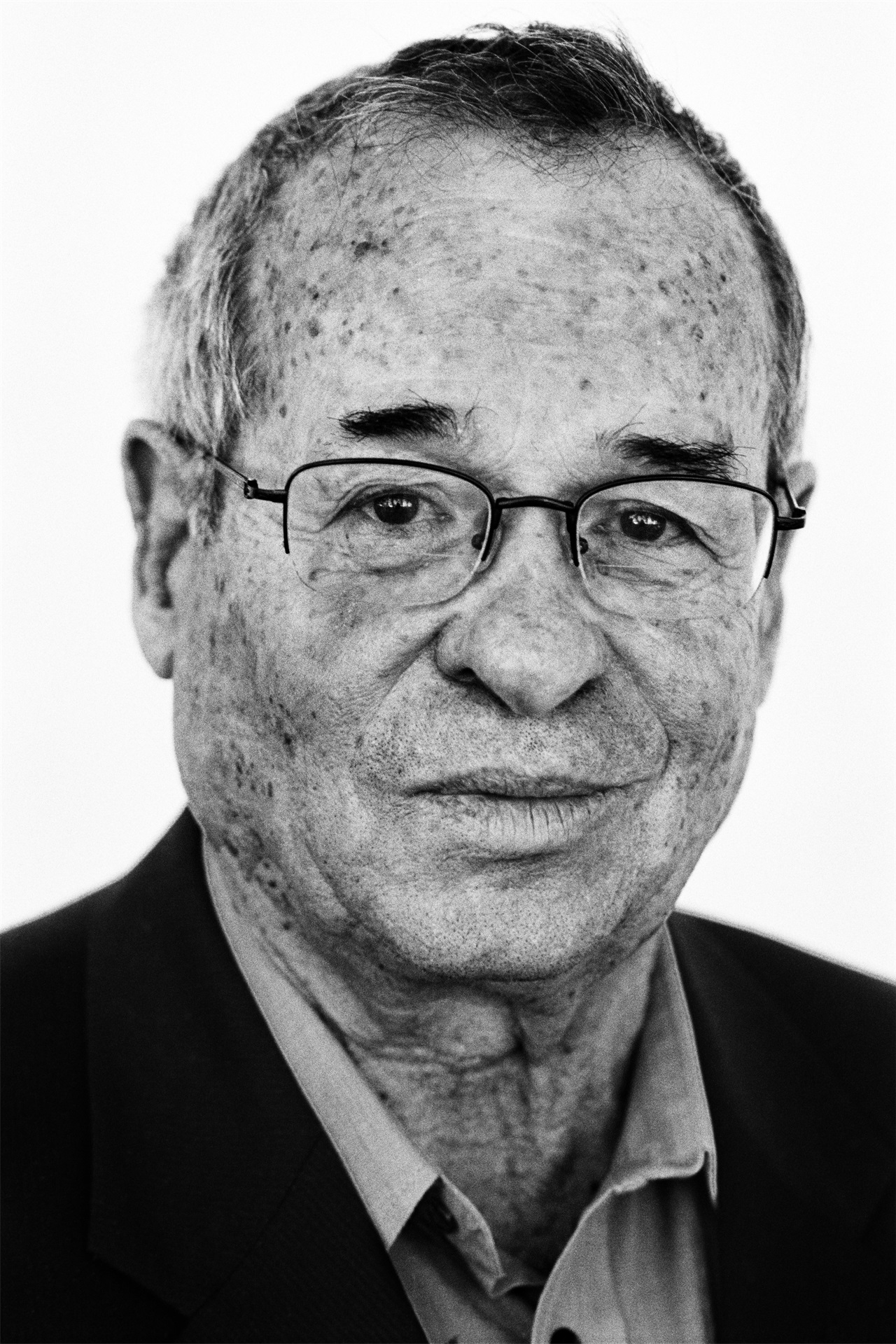 What Arieh Warshel and his colleagues, fellow Nobel laureates Martin Karplus and Michael Levitt, achieved – beginning in the late 1960s when computers were still very primitive – was the creation of computer programs that describe the action of proteins and other biological molecules by “multiscale models”. Such models describe the most important parts of the system in more details than the surroundings. For example, in exploring the way enzymes work the programs describe the reacting bonds quantum mechanically and the sounding by classical molecular mechanics.

These models can simulate how enzymes control key biological processes and how a drug couples to its target protein in the body. Scientists can now let computers perform most of the work in predicting chemical processes in very large systems, saving extensive resources used in conventional laboratory experiments.

Warshel’s work has led to the ability to describe and understand the action of molecular machines, the activation of ion channels, and the ability to model electron and proton transport in biology, as well as to gain insight on other key biological processes.

Warshel was born in November 1940 at Kibbutz Sde-Nahum in the Beit She’an Valley in northern Israel (British Mandate for Palestine; 1918-1948). He served in the Israeli army’s armoured tank division during the 1967 Six-Day War and the 1973 Yom Kippur War, rising to the rank of captain. He attended the Technion in Haifa, where he studied chemistry based on an off-the-cuff suggestion by a friend. He received his BSc degree, summa cum laude, in 1966 – the same year he married his wife Tamar, with whom he has two daughters. He earned his MSc (1967) and PhD (1969) in chemical physics at the Weizmann Institute of Science in Rehovot, working under the Institute’s director, Shneior Lifson, who received the 1969 Israel Prize for his consistent force field method, one of the major theories behind systematic computer modelling of large molecules.

From 1970-72 Warshel performed post-doctoral work at Harvard in the U.S., where he worked with Martin Karplus to describe the structure and vibration of the retinal molecule by using quantum and classical models, but without coupling them. He then returned to the Weizmann Institute and also worked at the Laboratory of Molecular Biology in Cambridge, England where he was reunited with Michael Levitt, a biophysicist he had met during his PhD. Together, in 1976 they published the first computerised model coupling consistently quantum mechanics and molecular mechanics (QM/MM) of an enzymatic reaction, thus allowing for the study of chemical processes in solution and in proteins. The classical protein description used in that work was based on a computer program they had originally written as students in 1967. Warshel moved to the U.S. later that year to join the chemistry faculty at the University of Southern California in Los Angeles, where he is now Distinguished Professor of Chemistry and Biochemistry and Dana and the David Dornsife Chair in Chemistry. His interest in enzymes, which control almost all chemistry in the body, continues to this day, studying how proteins transfer signals within a cell and how large biological machines are working. 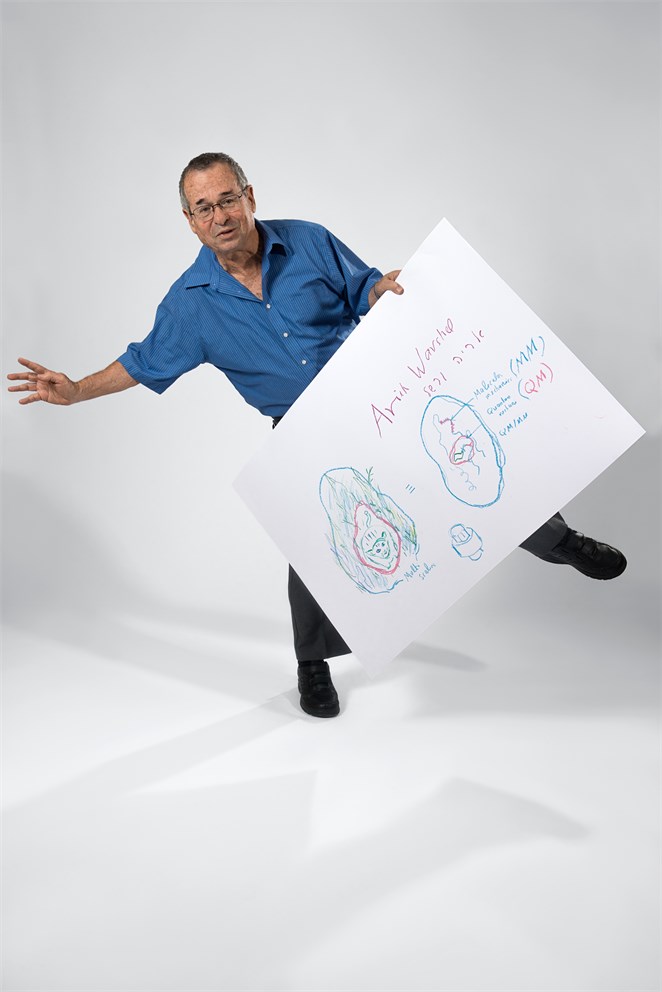 Arieh Warshel with his "Sketch of Science"

This is not Schrödinger's cat! No realtion! But it's a quantum cat in a forest that looks more like classical physics. Blurr the forest and the cat stands out – just like with the big biomolecule on the right.
What a witty an charming man. And he's a gymnast, too...!