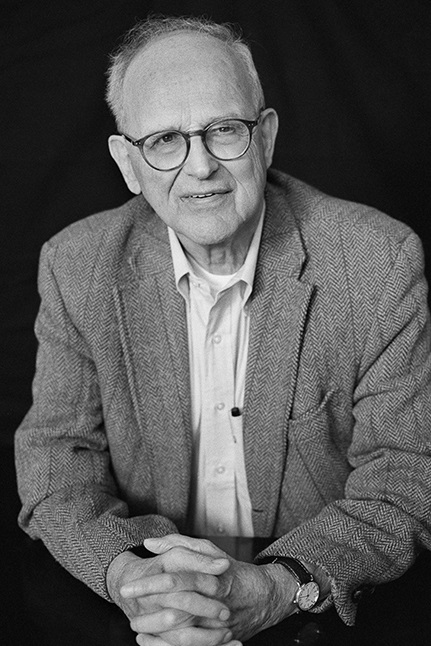 The 2017 Nobel Prize in Physics goes back 1.3 billion years in time when two black holes collided, sending gravitational waves throughout the universe, to be detected on Earth in 2015.

Gravitational waves were predicted by Albert Einstein in 1916. The waves transport energy at the speed of light and are created when a mass accelerates. As the black holes rotated around each other, they accelerated just as water does as it circles a drain.

As a technician in Jerrold Zacharias’s lab in the 1950’s Rainer Weiss became involved with atomic clocks and an attempted test of the Einstein gravitational red shift – the fact that clocks run more slowly in strong gravitational fields than in weak ones. He spent several years as a post doctoral scientist with Robert Dicke at Princeton to search for scalar gravitational waves using the Earth as the sensor. In 1964, he started a research program as an MIT faculty member. There were several directions in the programme: an attempt to determine if G (the Newtonian gravitational constant) was varying with time – requiring stabilised lasers and precision mechanical instruments to measure Earth g, measurements of the spectrum and isotropy of the recently discovered Cosmic Microwave Background (CMB) radiation and a third programme to develop an interferometric gravitational wave detector. The CMB led to the Cosmic Background Explorer COBE measurements of the spectrum and angular distribution of the CMB. Weiss was chairperson of the Science Working Group for COBE.

The proposal to develop such a full scale detector was met with some scepticism because there were doubts about the astrophysical source strengths. In 1974, Joseph Taylor and Russell Hulse observed a double pulsar losing energy at the same rate as the calculations for gravitational waves predicted.

By 1983 MIT and Caltech joined together to form the LIGO project. Since then the Laser Interferometer Gravitational-Wave Observatory (LIGO) has grown with two observatories at Hanford, Washington, and Livingston, Louisiana.

On 14 September 2015 the team's efforts were rewarded by a ripple in spacetime that had taken 1.3 billion years to reach Earth. For his work, Weiss was awarded a half share of the 2017 Nobel Prize in Physics, the other half being split between fellow pioneer Kip Thorne and project director Barry Barish.

Weiss was born in Berlin in 1932. His father being Jewish the family fled first to Czechoslovakia and then, in 1939, to New York where he gained a scholarship to Columbia Grammar School. In his teens he applied to MIT to study electrical engineering, but soon switched to physics. In his third year, embroiled in a love affair that ended unhappily, he flunked out of MIT. In 1953 he got a job as a technician in the lab of MIT physicist Jerrold Zacharias, who encouraged him to resume his education. He finished his BSc in 1955 and earned his PhD in 1962.