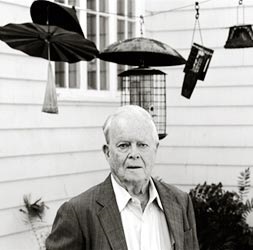 Born on June 15th, 1915 in Ann Arbor (Michigan) as the son of a pathologist. After graduating from school, Weller studied zoology and bacteriology at the University of Michigan. In 1936 he moved to Harvard Medical School in Boston and was awarded his M.D. four years later. In addition to parasitology, his particular interests were bacteriology and virology. He worked as a pathologist and internist at the Boston Children’s Hospital from 1941 to 1942, and then served as a medical officer until 1946, before researching a tropical liver parasite (blood fluke) in Puerto Rico. Returning to Boston, he turned his attention to specialist aspects of hygiene and tropical medicine. Weller devoted himself primarily to infectious diseases among children caused by bacteria and viruses.

In 1949 he became an Assistant Professor at Harvard, and was also vice-director of the research department for infectious diseases at the Children’s Hospital in Boston. For several years, he was also an adviser on tropical diseases to the national health authorities. In the 1940s, he was a member of a research group, working closely together with his former teacher John F. Enders and his colleague Frederick Robbins. They investigated methods of combating the poliomyelitis virus, a cause of the widespread and feared infantile paralysis, or polio. Their collective efforts enabled them to develop tissue cultures in which the virus can be bred outside of the living cell, a prerequisite for the subsequent production of a vaccine (Salk process). It was a triumph for human medicine, and in 1954 the three scientists were awarded the Nobel Prize.