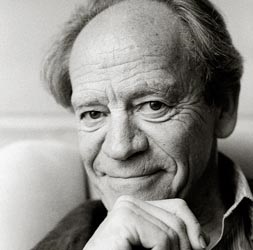 Torsten Nils Wiesel and David Hubel shared the 1981 Nobel Prize in Physiology or Medicine with Roger Sperry. They received the award for studies of how visual information is transmitted to and processed in the brain’s visual cortex. Their investigations identified specialized functions and mapped the functional architecture of individual cells in the visual cortex. Hubel and Wiesel also studied the development of the visual cortex and the role of innate and experiential factors, research that has had important clinical implications, including more effective treatments for congenital cataracts.

Born in 1924 in Uppsala, Sweden, Wiesel received his M.D. from the Karolinska Institute in 1954, after which he briefly worked in the child psychiatry unit of the Karolinska Hospital before joining the neurophysiology laboratory of Professor Carl Gustaf Bernhard. He began a postdoctoral fellowship in ophthalmology at Johns Hopkins University Medical School in 1955 where he was appointed assistant professor in 1958. The following year, he moved to Harvard Medical School as an instructor in pharmacology. In 1968 Wiesel was promoted to professor in the new department of neurobiology and became its chair in 1973. Wiesel moved to The Rockefeller University in 1983 as Vincent and Brooke Astor Professor and head of the Laboratory of Neurobiology. He was president of Rockefeller from 1991 to 1998, during which time he was instrumental in the recruitment of 16 new faculty members, the establishment of six interdisciplinary research centers, and the formation of a collaborative relationship with the Aaron Diamond AIDS Research Center. He is currently co-director of the Shelby White and Leon Levy Center for Mind, Brain and Behavior at Rockefeller.

Since retiring as president of The Rockefeller University in 1998, Wiesel has turned his attention to international science advocacy. From 2000 to 2009, Wiesel was secretary general of the Human Frontier Science Program, established in 1989 to support international, innovative, and interdisciplinary basic research in the life sciences. He was chairman of the board of governors of the New York Academy of Sciences from 2000 to 2006 and continues to serve as lifetime honorary chair. Wiesel served from 1994 to 2009 as chair of the scientific advisory committee of the Pew Scholars Program. He also assisted in the creation of the Pew Latin American Fellows Program in the Biomedical Sciences and served as a chair of its review committee for 26 years. He is a founding member of the Israeli-Palestinian Science Organization, a nonprofit alliance established in 2004 to support collaborative research between scientists in Israel and Palestine to promote positive interactions between the two communities.

Wiesel has done much work as a global human rights advocate. He is a founding member of the International Human Rights Network of Academies and Scholarly Societies, and he also served for 10 years as chair of the committee on human rights of the National Academies of Sciences. He chaired the board of the Okinawa Institute of Science and Technology for 15 years (2002-2017) and serves as a lifetime trustee on the Hospital for Special Surgery’s board, as well as on the president’s council of the accredited online University of the People. Wiesel was a recipient of the National Medal of Science in 2005. 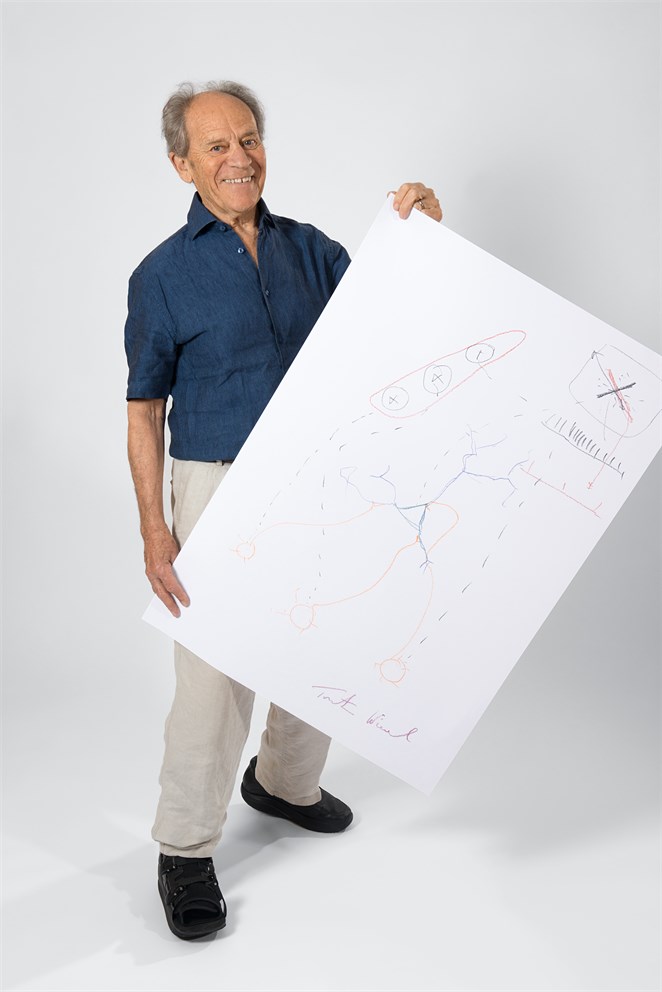 Torsten Wiesel with his "Sketch of Science"

Torsten Wiesel comes prepared, he has seen an earlier incarnation of the „Sketches of Science“. He sits down and starts a very light, beautiful sketch of neurons interacting in the visual cortex.
„Look“, he says,“the mechanism is very simple. But you got to find it!“