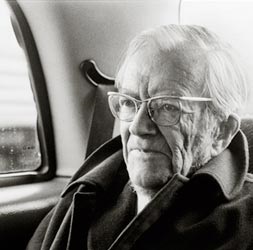 Many believe that Rosalind Franklin was ‘robbed’ by death of her share of the Nobel Prize in Physiology or Medicine, causing the discovery of DNA to be associated with Francis Crick and James Watson – however a third man shared the podium in 1962. Maurice Hugh Frederick Wilkins investigated deoxyribonucleic acid (DNA) of various types by X-ray crystallographic techniques – a system for deducing the molecular structure of chemical compounds based on the patterns formed by X-rays diffracted by crystals. Wilkins’ calculations indicated the now familiar double helix arrangement of DNA molecular chains. Watson and Crick showed that the organic bases were paired in a specific manner and showed the importance of this arrangement.

Wilkins was born at Pongaroa, New Zealand, in 1916. His parents came from Ireland and his father was a doctor with a fondness – but no time – for research. At the age of 6, Maurice was brought to England and educated at King Edward’s School, Birmingham. He studied physics at St John’s College, Cambridge, graduating in 1938 and going on to Birmingham University, where he gained a PhD in 1940. He spent the war years fist improving radar screens and later working on the separation of uranium isotopes for use in bombs, leading to work on the Manhattan Project in Berkeley, California. In later life, however, he was deeply involved with the Campaign for Nuclear Disarmament. After the war, in 1945, he joined St Andrews’ University, Scotland, as a lecturer and was reunited with Professor JT Randall, his mentor at Birmingham. Under Randall he now studied biophysics and the following year moved to King’s College, London, where he joined the new Medical Research Council (MRC) Biophysics Research Unit.

After some work on ultrasonics, Wilkins began ultraviolet study of nucleic acids in cells. Through a series of projects he worked towards crystallography and ultimately began X-ray diffraction studies of DNA and sperm heads. His experiments, partly together with Rosalind Franklin, indicated the well-defined molecular structure of DNA, thus helping Crick and Watson formulate the double helix proposal. Later on he made other important contributions to the study of DNA. Wilkins became assistant director of the MRC Unit in 1950, deputy director in 1955 and director from 1970–72. He was also made honorary lecturer in King’s College’s new department of biophysics. He was elected Fellow of the Royal Society in 1959, given the Albert Lasker Award (with Watson and Crick) by the American Public Health Association in 1960, and made Companion of the British Empire in 1962. In 1959 he married Patricia Ann Chidgey, with whom he had a daughter and a son. Maurice Wilkins died in October 2004, just two months after Francis Crick. His autobiography, The Third Man Of The Double Helix, was published the previous year.