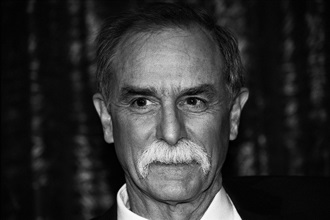 The 2012 Nobel Prize for physics was shared by two scientists who, studied interactions between light and matter through their "ground-breaking experimental methods that enable measuring and manipulation of individual quantum systems".

In France, Serge Haroche and his team trapped photons of microwave light in a box and observed them using specialist atoms. In the US, David Wineland and his team kept ions inside a trap by surrounding them with electrical fields and manipulated their states with laser light at their laboratory in Boulder, Colorado.

Wineland isolated the ions by performing the experiments in vacuum and used laser beams to cool an individual ion, putting it in its lowest possible state of motion. In one experiment, he directed a carefully tuned laser pulse at the ion to push it into a quantum superposition state, halfway towards a higher energy level so that it is left in between the two levels, with an equal probability of ending up in either of them. In this way a quantum superposition of the ion’s energy states can be studied.

The team also used trapped ions to devise a clock that is more than ten times more accurate than current caesium-based atomic clocks. Caesium clocks operate in the microwave range whereas the Boulder group‘s ion clocks use ultraviolet light – hence their name: optical clocks. An optical clock can consist of just one ion or two ions in a trap. With two ions, one is used as the clock and the other is used to read out the state of the clock ion without destroying its state. If one had started to measure time at the beginning of the universe in the Big Bang about 14 billion years ago, the optical clock would only be off by about one second today.

Wineland's group was the first to demonstrate a quantum logic gate operation with two isolated quantum bits. If this could be expanded, it could lead to the construction of a superefficient computer for certain problems. In our normal computers, the smallest unit of information is a bit that takes the value of either 1 or 0. In a quantum computer, the basic unit of information – a quantum bit or qubit – can be 1 and 0 at the same time and each additional qubit doubles the amount of possible states. Therefore, a quantum computer of only 300 qubits could hold more values simultaneously than the number of atoms in the universe. However, to build such a quantum computer the qubits need to be isolated to preserve their quantum properties.

David Jeffery Wineland was born in Milwaukee, Wisconsin, in February 1944. The family moved to California where he gained his BA at UC Berkeley in 1965. He earned his PhD under Norman Foster Ramsey Jr (who received the 1989 Nobel Prize in Physics for his work on atomic clocks) at Harvard. Wineland then worked on electron traps with Hans Dehmelt (a co-recipient of the 1989 Nobel Prize) at the University of Washington. In 1975 Wineland joined the National Bureau of Standards (now NIST) where he started the ion storage group. He is also on the physics faculty at the University of Colorado. In January 2018 Wineland joined the University of Oregon as a Knight Research Professor.

Wineland is married to Sedna Quimby-Wineland, daughter of George Quimby, who was professor of anthropology at Washington. They have two sons. 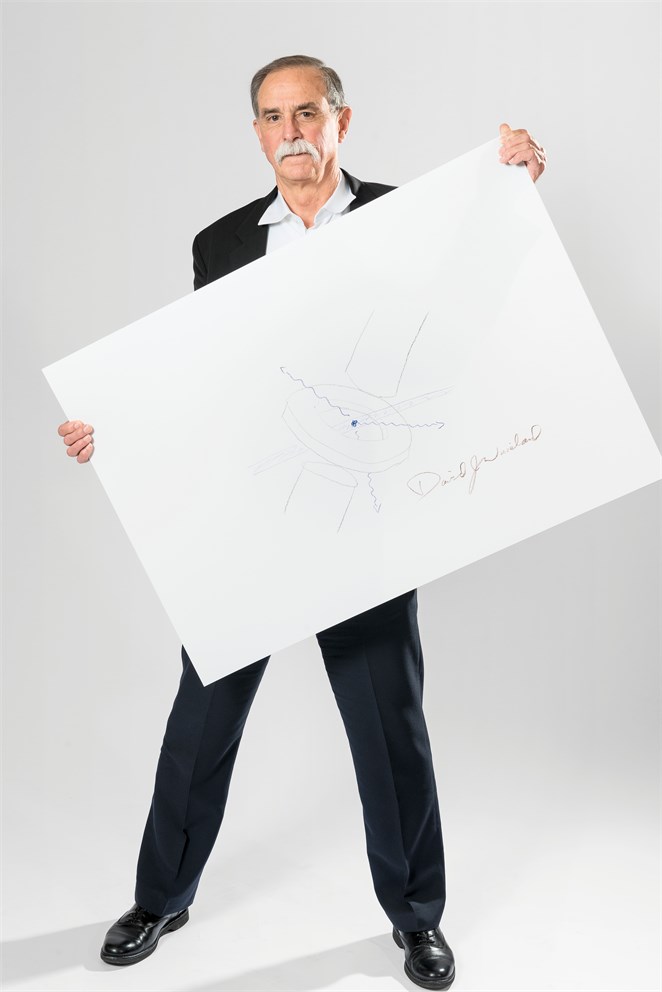 David Wineland with his "Sketch of Science"

Wineland takes up the drawing challenge without showing any surprise and sketches with a very light stroke. „Is this a trap?“ I ask. Yes it is. For ions. They are kept prisoner in these setups, laser cooled and forced to carry out quantum computations. But it's all for a ggod cause: Science!