The Classification of Crises 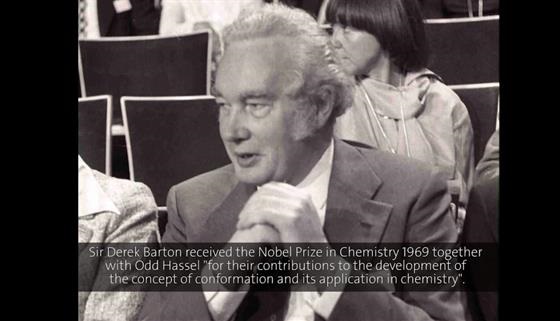 Eight years after he had received a Nobel Prize in Chemistry for his fundamental contributions to stereochemistry, Sir Derek Barton attended the Lindau Nobel Laureate Meetings for the first time. He obviously liked their atmosphere and subsequently returned four times. It’s well worth listening to his talk. It offers a good deal of British pragmatism and humor, combined with the clear and confident sobriety of a scientist, which he also employs to explain why he had chosen a rather nonchemical topic. “This talk was inspired by a letter that I received some years ago from a number of American sociologists who wanted me to write an article how terrible the world was and how we were suffering from the most dreadful crises that mankind had ever suffered from (…) As far as I am concerned, the world is in a better shape than it’s been ever before and I am optimistic about its future and therefore I was pleased to write an article and I was somewhat surprised that this article was never published."Compared to the two World Wars and the big economic depression he had survived, Barton continues, most of the current crises did not appear dramatic to him. He distinguishes three classes of crises: Imaginary, artificial and real crises and then looks at “some of the crises the world press tells us we are suffering from” in terms of these categories. Presently, pollution for example, compared to “the thick, yellow London fog” of former times, appeared to be an imaginary crisis. The energy crisis is an artificial one for Barton, provoked by OPEC’s international monopoly. He is confident that science will find ways to overcome imminent energy shortages. In this context, he criticizes the “almost hysterical reaction in Germany to the proposal of building nuclear power stations”. All other crises he analyzes - global food supply, overpopulation and economic recession – Barton judges for various reasons as still being artificial – except for one: the danger of a nuclear war. While nobody knew exactly how many nuclear devices existed in the world, everybody knew that “it’s quite enough to kill off the population of the world several times.” On a statistical basis, Barton says, there had been at least one or two major wars every century: “Have we the right to believe that suddenly history of mankind is going to change?” Even if the balance of terror prevented the super powers to attack each other, “nuclear weapon technology is going to spread around the world (…) So we are going to come some time to a situation where a country in a last defense will use nuclear weapons or when some mad dictator will get hold of them and will use them in his madness.”Nevertheless, Sir Derek is “modestly optimistic because for the first time in human history we have seen a group of countries come together and give up some of their sacred national sovereignty”. Although it is, as he mentions, not customary in the UK to say something nice about the “Common Market”, he praises the predecessor of the European Union, as if anticipating the Nobel Peace Prize of 2012. Nations ought to have morality. They should learn “to work together in the same way as individuals work together to make up a family group”. If they succeed in doing so, “we may have a chance to evolve”.Joachim Pietzsch