The Transduction of Signals 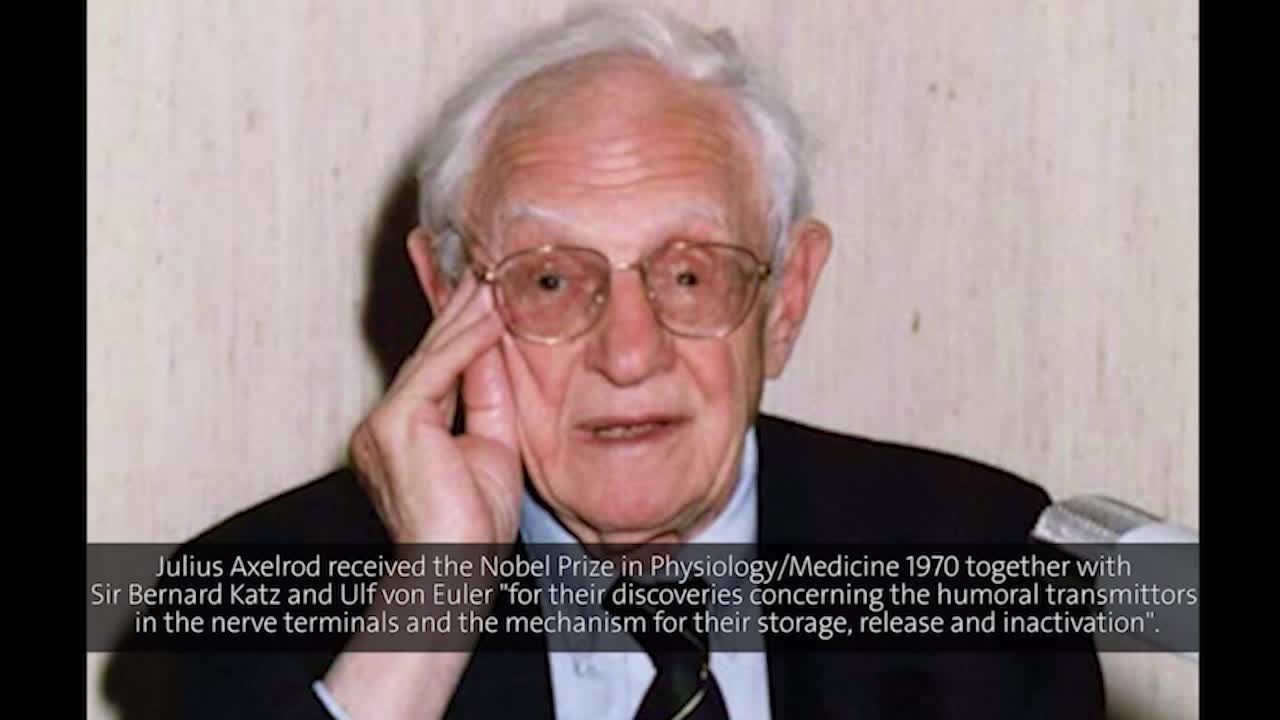 Julius Axelrod worked as a laboratory technician until the age of 42 years and did not receive his PhD before 1955.[1] This is all the more amazing as he and Bernard Brodie had discovered acetaminophen already seven years before, in 1948, a drug, which under the generic names tylenol or paracetamol became the world’s most widely used painkiller. Both scientists never partook in the commercial success of their breakthrough discovery, however. Equipped with a PhD, Axelrod was recruited to the National Institute of Mental Health where he turned to the field of biochemical neurotransmission. He discovered the enzyme catechol-O-methyltransferase (COMT), which methylates adrenaline, noradrenaline, dopamine and other catechols. More importantly, he discovered an unknown mechanism of neurotransmitter inactivation. They were not only degraded by enzymes such as COMT or acetylcholinesterase but partly also uptaken again by the nerve endings from which they had been released. Subsequently, Axelrod unraveled the mode of action of the recently developed tricyclic antidepressants: They inhibit the re-uptake of noradrenaline and serotonin by targeting specific transport proteins. This insight laid the ground for the later development of selective serotonin re-uptake inhibitors (SSRIs), with fluoxetine (Prozac) being the most prominent example. Deservedly, Axelrod shared the 1970 Nobel Prize in Physiology or Medicine with Sir Bernard Katz and Ulf von Euler ‘for their discoveries concerning the humoral transmitters in the nerve terminals and the mechanism for their storage, release and inactivation’.

In this Lindau lecture, he introduces some important intracellular signaling cascades triggered by (inter alia) neurotransmitters via G-protein coupled receptors (GPCRs), which span the cell membrane seven times. After discussing the architecture of these receptors and mentioning different effectors that G-proteins can activate on the cytoplasmatic side, he focuses on phospholipase A2 and how it catalyzes the formation of arachidonic acid as a second messenger. He describes the experiments in which the first intimation of that receptor-generated release of aracidonic acid was gained in his laboratory, and outlines the pathway to the eicosanoids. In the second part of his talk, Axelrod discusses current knowledge on the five subtypes of the muscarinic receptors of acetylcholine and the second messengers they activate.

In the last ten minutes of his talk, Axelrod speaks about the topic that concerned him most at that time: The discovery of an endogenous cannabinoid neurotransmitter, anandamide, just some months before, with a surprising structure, namely a conjugation of arachidonic acid and ethanolamide – not a cannabinoid but an eicosanoid. He reminds his audience that the active principle of cannabis, tetrahydrocannabinol, had been elucidated in 1964, and that in the mid 1980s it had been shown that cannabinoids inhibit adenylat cyclase, a fact that „caused a flurry of syntheses by the various drug companies to synthesize more potent cannabinoids”. Obviously there were normal receptors for cannabinoids in the brain, says Axelrod, which “were not there for people who smoke marihuana but for normal purposes.” As the potential therapeutic effects of cannabis had been shown over the years, he concludes, its endogenous agonist anandamide might open new horizons of research: “The important problem today is what is it doing normally in the brain. I think this should be a subject of great interest to psychiatrists and neurologists and biochemists”.