Scientific and Technical Problems in the Development of Nuclear Power 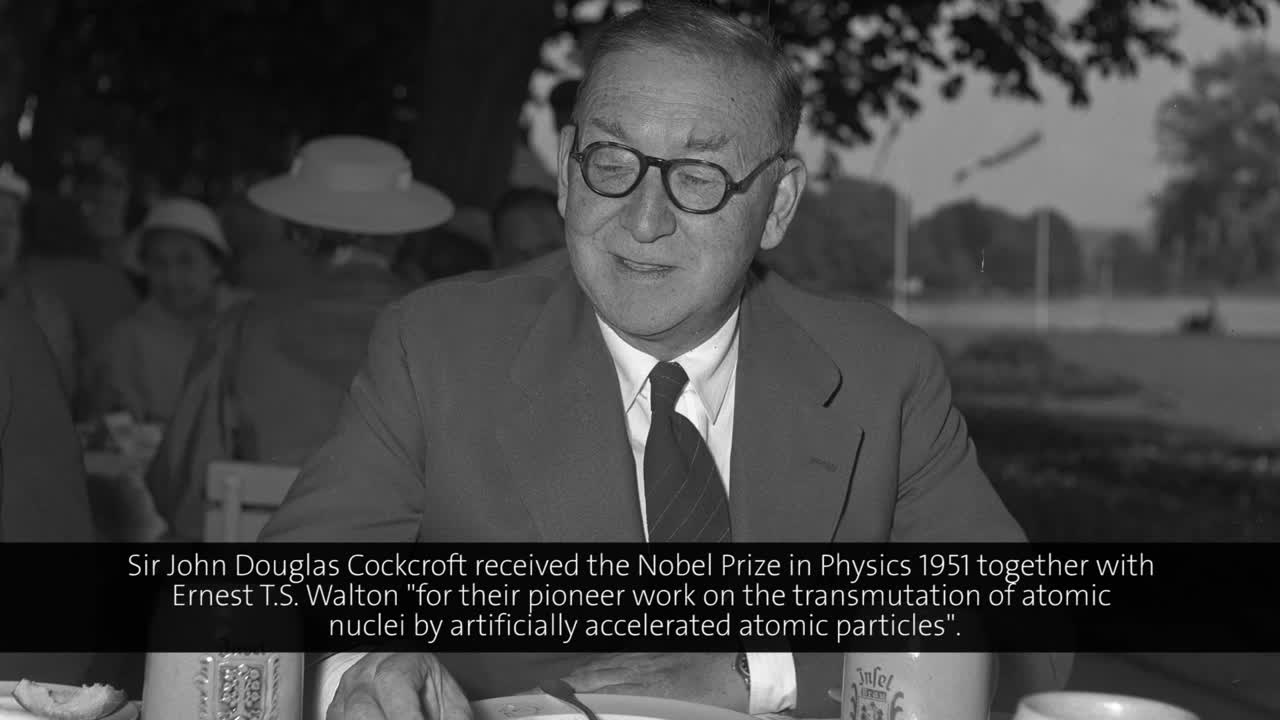 The present lecture by John Cockcroft is, from a modern perspective, a very unusual one and would probably not be given in a similar form today. Cockcroft talks about the civil use of nuclear energy - in a technical and rather optimistic way. He had received the 1951 Nobel Prize in Physics together with Ernest Walton "for their pioneer work on the transmutation of atomic nuclei by artificially accelerated atomic particles". What sounds rather complicated in the way the Nobel committee framed it, is actually a plain feat: Cockcroft and Walton were the first to split an atom. Building on his achievement, Cockcroft later became a major architect of civil nuclear energy supply in the United Kingdom. The first commercial nuclear power station, which Cockcroft describes here in detail, went up on the net in the year of his talk, 1956. At this time, nuclear energy was still an unsullied hope bearer promising an easy solution to the limitations encountered in coal-based energy supply. Decades later, the accidents at the power stations in Chernobyl (1986) and Fukushima (2011), amongst others, should give rise of public opposition against nuclear power, which also entailed a significant cut-back in research on improved nuclear fission-based power stations.

In a very technical lecture, Cockcroft describes the different types of reactors under construction in 1956. He distinguishes two types - those in which the nuclear chain reaction is moderated by graphite and those in which moderation is done by water. He also gives very practical reasons for nuclear energy, namely the immense energy density of uranium. To obtain the energy contained in 1 ton of uranium, 10.000 tons of coal would be required, so Cockcroft. If uranium is recycled, the required coal equivalent would rise further to 30.000 tons. By modern reprocessing methods, these figures are improved yet again. Today, 1 ton of uranium can deliver the energy equivalent of more than 1 million tons of coal [1].

However, these impressive figures come with strings attached. Nuclear fission of uranium produces highly toxic radioactive waste products such as plutonium. The decay of the radioactive elements formed in nuclear reactors requires extensive timeframes on the scale of tens of thousands of years. Radioactive wastes thus have to be stored in safe locations, which implies additional cost. In his lecture, Cockcroft estimates the storage cost contribution to the cost of nuclear energy as low as 1-2%, a figure which cannot be sustained from a modern perspective. He also mentions the possibility of disposing low quantities of nuclear wastes into the oceans. This practice, which was conducted until 1993, is now banned by international treaties.

Still, despite accidents and waste storage issues, nuclear energy remains to be an important energy source on the global scale. Particularly in view of the looming shortage of fossil fuels (Link to TC The Future). The future will have to show whether safer alternatives can be developed to a similar level of performance.