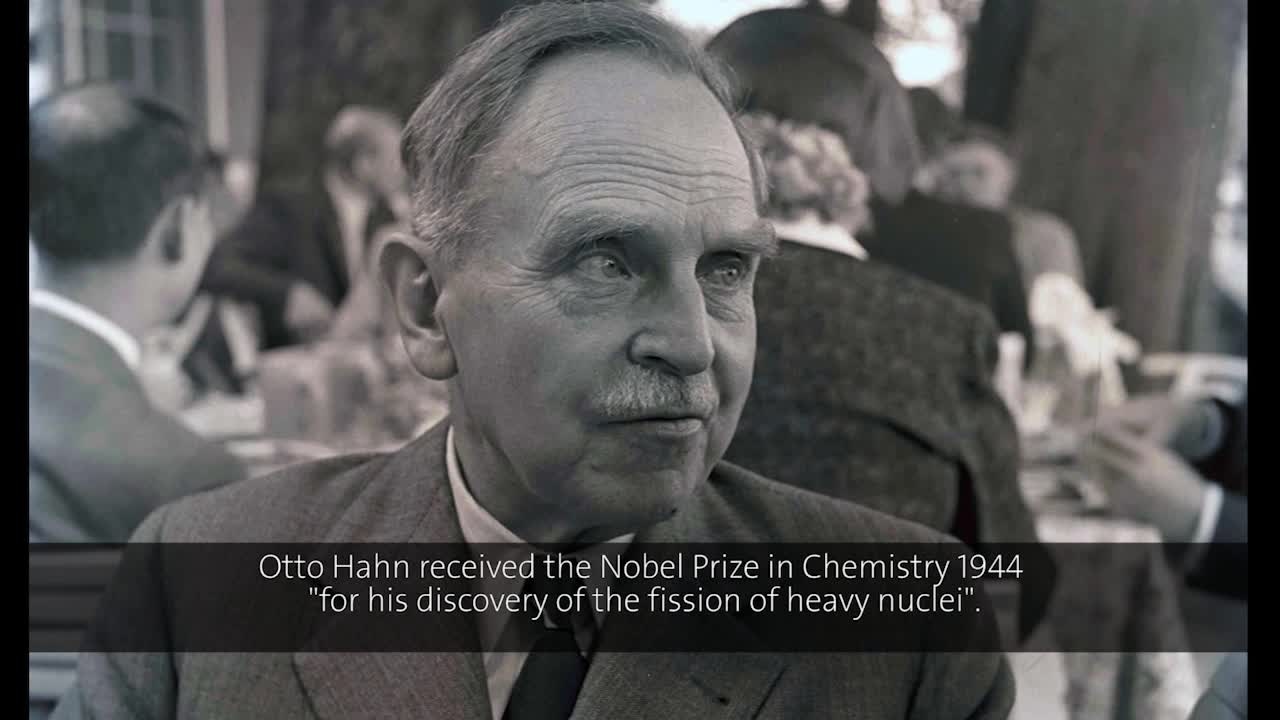 With "Modern Alchemy" Otto Hahn gave this lecture a rather mysterious title. Who expected tales on the search for the philosopher’s stone, an elixir of life or alchemistic experiments in general had to be disappointed though. Hahn uses the term alchemy only to refer to one of the feats alchemists were trying to accomplish for about half a millennium: the conversion of lead into gold. This is an example of the conversion of one element into another. As we know today, the methods used by alchemists were fundamentally unsuited to make gold or to achieve any elemental conversion whatsoever. Only in the early 20th century was the structure of the atom understood to a degree that allowed successful elemental conversion experiments. Eventually, at the time of the talk, a range of elements, some of which are not found in nature, had been made. Hahn himself played a pivotal role in this. His discovery of the nuclear fission of uranium, which was the prerequisite for the civil use of nuclear power as well as the construction of atomic bombs, also enabled large-scale elemental conversion.

In the present lecture, Hahn reviews the scientific contributions that led to successful large-scale elemental conversions, including his own. Ernest Rutherford, Physics Laureate of 1908, paved the way with his famous atomic model. Rutherford was also the first to show the conversion of an element into another in 1917. He did so by irradiating nitrogen with alpha particles, thus achieving a conversion to oxygen. At this point it was finally apparent that chemical methods, which by definition merely affect the electron shell of atoms, could never achieve elemental conversion. The latter requires manipulation of the atomic nucleus which can be done by irradiation with neutrons, protons or alpha particles, for example. The ensuing nuclear reactions may yield known, naturally occurring elements or nuclides, but also yet unobserved ones. Hahn puts particular emphasis on the fact that these new elements could be characterized even though they were initially obtained in practically invisible quantities, which escaped all known chemical characterization methods. This was possible by analysing emitted radiation via cloud chambers (also known as Wilson chambers) or Geiger counters.

All in all, Hahn gives a quite enthusiastic account of the developments in elemental conversion. It might be mentioned though, that while it is indeed true that today almost any element can be made by nuclear reactions - or "modern alchemy" as Hahn calls it - the initial aim of the alchemists, namely finding a cheap method of making gold from base metals, has still not been achieved. The operating cost of radiation sources such as nuclear reactors is too high and the yield of gold in particular too low to make nuclear gold production an economically attractive option.