How to Start a High-Tech-Business 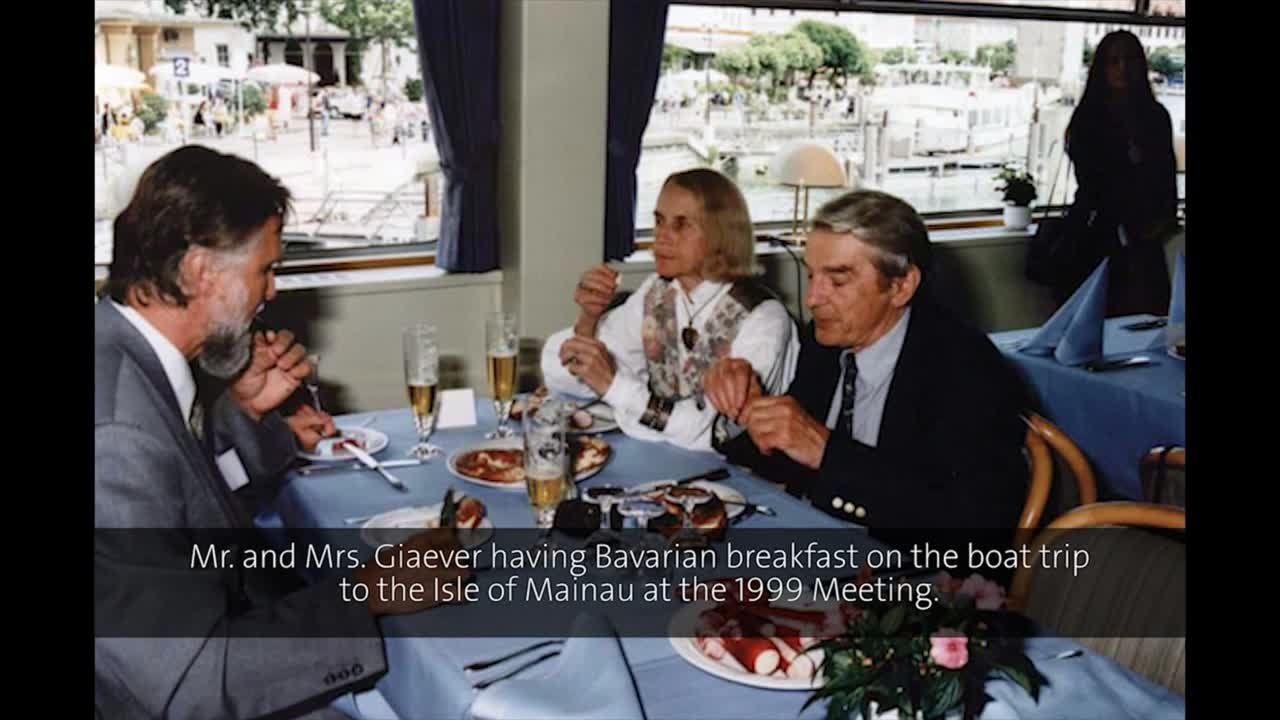 This is a general comment to Ivar Giaever’s remarkable set of 11 recorded lectures on biophysics 1976-2004. Giaever has so far (2014) participated in no less than 16 Lindau Meetings, starting in 1976, when he received his first invitation to lecture at the Lindau physics meeting. But it wasn’t until the 2008 meeting, after more than 30 years, that he finally disclosed what he actually received the 1973 Nobel Prize in Physics for, the discovery of tunnelling in superconductors. In year 2000, he did not give a lecture, but sat in panel discussion, and in 2012 he gave a critical talk on global warming, which for a long time has been on top of the list of most viewed Mediatheque videos. But at all the other 13 meetings, he lectured on his activities in biophysics and how these led him into starting a high tech business in the US. It is fascinating to listen to the 11 existing sound recordings, starting with 1976 and following through all the way to 2004. Giaever is smart enough to having realized that the most important part of the audience, the young scientists, change from year to year, so some parts of the lectures (including jokes) appear over and over again. But as time goes, he makes progress in his biophysics research and this leads to important developments and inventions. The starting point in all lectures is the possibility to study biological phenomena in the laboratory using methods from physics. With his background in electrical engineering, it is not surprising that he in particular has used techniques from optics and from the measurement of very small electromagnetic fields. The first two lectures mainly concern proteins on surfaces, but already in the last ten minutes of the second talk, Giaever describes his ideas about working with cells on surfaces. The rest of the talks all concern his studies of the properties of living cells on surfaces. The cells are grown and kept in what is called a Petri dish, a cylindrical shallow glass or plastic container. By inserting a very small electrode made of a suitable metal (e.g., gold) at the bottom of the dish and another above, electronic characteristics of a single cell can be measured. This can be both static and time-dependent properties. A question that has been at the centre of Giaever’s interest has been to develop an objective method to measure the difference between cancer cells and normal cells. Such a method would be an important contribution, since the usual method to distinguish cancer cells from normal cells is by observing their growth pattern in an optical microscope, a highly subjective method where mistakes can be made and have been made. Another question, which Giaever has addressed, concerns what kind of surfaces cancer cells stick to. This can be important to know, because many cancers spread from the original tumour and cancer cells wander to other places in the body and form new growths in places where they stick (metastasis). When he began his activities in biophysics, Giaever worked at General Electric, but after leaving this company in 1988, he accepted a position as Professor at the Rensselear Polytechnic Institute. Together with a colleague he also started a company to develop and market a sensor for cells in tissue cultures. This apparatus is now being produced and marketed (www.biophysics.com). Some of Giaever’s lectures focus on the problems encountered when trying to start a small highly technological enterprise. His account and reflections are interesting and in parts very amusing. Some in the young audience certainly could profit from following in his footsteps, in particular from following this advice: If you don’t get funded for your research, start a profitable business to make your own funding!