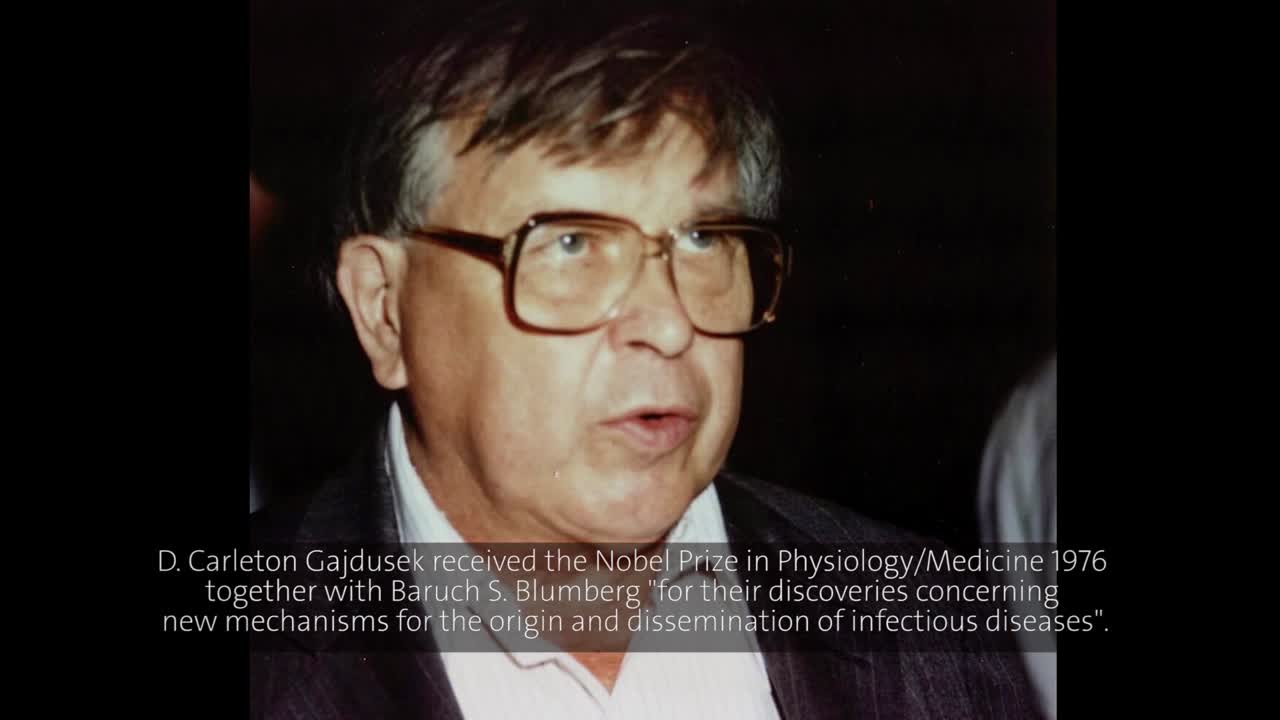 Daniel Carleton Gajdusek’s interest in diseases ranged from viral hemorrhagic fevers to AIDS, to Creutzfeldt-Jakob’s disease, a variety which was also reflected in the topics he chose to give lectures on during meetings in Lindau between 1978 and 1996. Gajdusek was particularly fascinated by diseases found in small, often isolated populations. As he himself noted in his Nobel biography, “My quest for medical problems in primitive population isolates took me to valleys of the Hindu Kush, the jungles of South America, the coast and inland ranges of New Britain, and the swamps and high valleys of Papua New Guinea and Malaysia (...)”. Gajdusek’s work on the kuru disease, which afflicted the Fore people in Papua New Guinea, gained him the Nobel Prize in Physiology or Medicine in 1976.

According to Gajdusek, in 1987, Alzheimer’s disease affected 10 or even 20% of the aged population, which accounted for 2 million patients in the United States alone. The disease is caused by neurofibrillary tangles and plaques made from amyloid, which was initially thought to be a carbohydrate, but became identified as a polypeptide, built from 42 amino acids. Gajdusek vividly describes the molecular biology of amyloid – its’ various forms, but above all its’ stubborn insolubility, which puzzled molecular biologists for many years, delaying the progress of modern-day research.

Gajdusek emphasises the biological similarity between normal aging and Alzheimer’s, and the underlying theme of this lecture appears to be clearing up the misunderstanding that different types of amyloid contribute to aging and Alzheimer’s. Several months before the lecture, Gajdusek’s laboratory group and collaborators disproved this theory, which was described in over 1000 papers published in the previous 2 years, affirming that one type of polypeptide forms the building block of both aging and Alzheimer’s. Almost thirty years have passed since this lecture was given in Lindau, and Alzheimer’s disease remains the main cause of dementia. Fortunately, the prevalence of dementia is lower than predicted by Gajdusek; currently, between 4.6 – 8.7% of the world population over the age of 60 suffer from dementia, depending on the region. However, this number may rise in the coming decades as the numbers of older people will increase, relative to the total population. Various clinical trials for treatments that aim to delay the progress of the disease are being carried out, with the hope of adjusting brain spans to our increasing life spans.