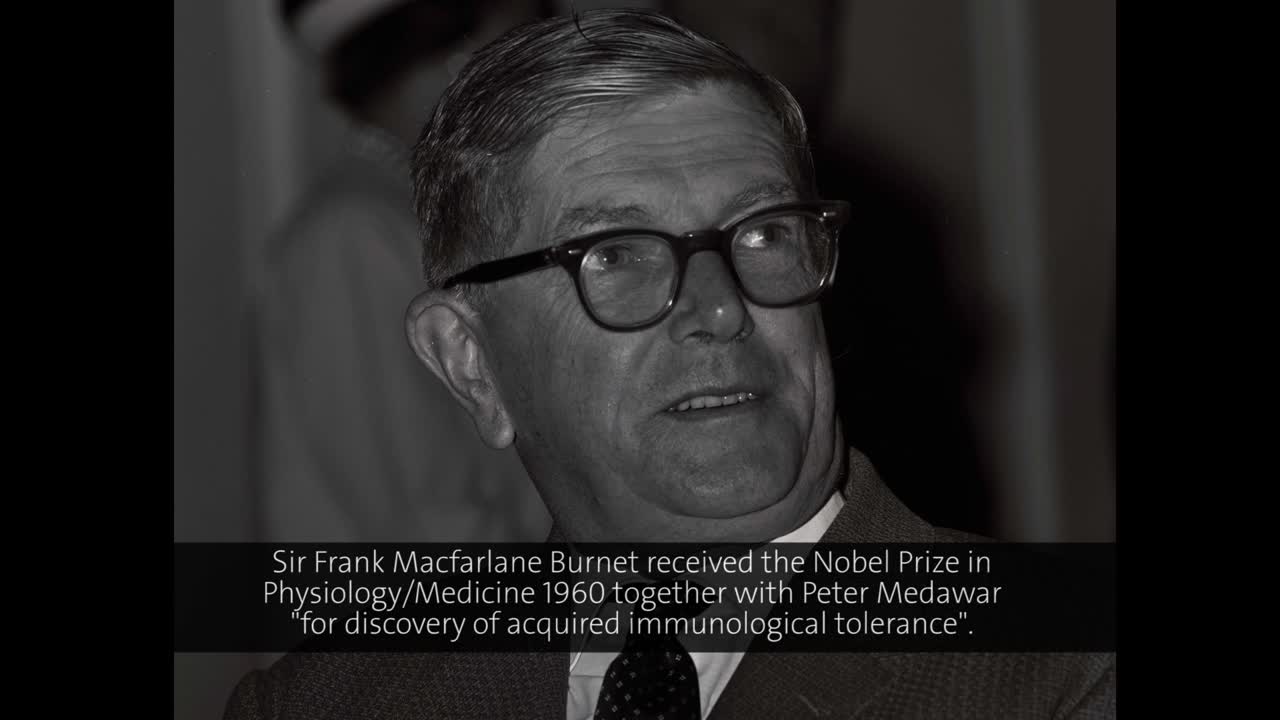 At the time of this lecture, Sir Frank Macfarlane Burnet had been retired from the Hall Institute in Melbourne for nearly a decade. Yet this so-called retirement was a prolific period for Burnet, and he dedicated many books and papers to interactions between aging and immunology, as well as diseases such as cancer.

Burnet, a virologist and immunologist, who won the Nobel Prize in Physiology or Medicine in 1960 along with Sir Peter Medawar “for discovery of acquired immunological tolerance”, diverted his attention to genetics and human biology, and during his third and final lecture in Lindau, introduced the concept of intrinsic mutagenesis. This hypothesis states that mutation rates are susceptible to genetic control and that mutations themselves arise from the inefficiency of enzymes, known as DNA polymerases, to repair DNA segments. Aging is nothing else than an accumulation of genetic errors in somatic cells, and the average lifespan is an inherited feature, characteristic of the species. In his book, Intrinsic Mutagenesis: A Genetic Approach to Ageing, Burnet concedes that his hypothesis “is a logical extension of Darwinism”.

To illustrate the theory, Burnet presents the example of xerodorma pigmentosum, a disease characterised primarily by heightened sensitivity to UV rays, leading to many different types of cancer and neurological disorders. The underlying cause of the condition is the mutation of genes that are responsible for repairing damaged DNA. It is an inherited autosomal recessive disease, meaning that a person with xerodorma pigmentosum has two copies of the mutated gene in each cell, whereas this person’s parents each have one copy, and normally do not show signs of the disease.

Burnet acknowledges the influence of external, or environmental factors in mutations, yet he underlines the futility of tracing the cause of diseases to exposure to chemical or physical mutagens. The concept of intrinsic mutagenesis was quite controversial at the time, and would undoubtedly provoke much scientific discussion today. The 40 ensuing years of research in biology and genetics have determined that there are myriad factors behind the incidence of diseases, such as cancer, which are not simply genetic, but are also based on the surrounding environment, and on an individual’s hormones, lifestyle, and even diet.
When listening to the concluding remarks of Burnet’s lecture, we can see that modern medicine has indeed gone down the road of “fear and hysteria of minimal exposure to mutagens”. Burnet would most likely dismiss the practice of protecting the skin with sunscreen on a summer’s day (and one can only guess what he would think of dermatologists’ current advice to wear sunscreen daily, regardless of the season). There is no doubt that our DNA repair system will handle most of the damage, but nevertheless most of us would rather be safe than sorry.