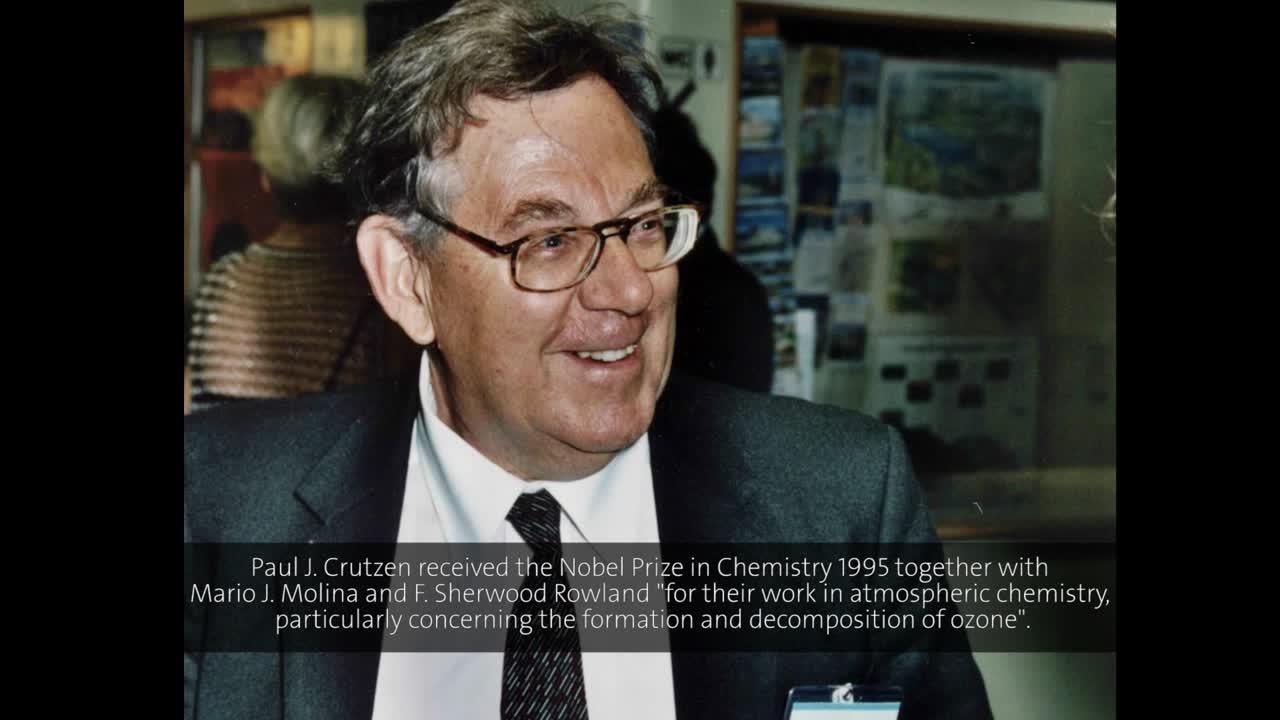 During this lecture, presented at the 48th Lindau Nobel Laureate Meeting dedicated to chemistry, Paul Crutzen explained the role of minor gases, yet of significant importance in atmospheric chemistry. Ozone is mostly located in the stratosphere, from where it protects life on Earth from penetrative UVB rays, but some is present in the troposphere (the lowest layer of the Earth’s atmosphere). The UV rays encourage the formation of single oxygen atoms, which in turn react with water vapour and form OH radicals. These radicals clean the atmosphere of different types of emissions, both natural and man-made, and here Crutzen called them “the detergents of the atmosphere”. The humidity of the tropics implies that OH radicals are most prevalent in that part of the world, but the atmosphere in the tropics is by no means the cleanest. Generally, carbon dioxide emissions are decreasing worldwide, but an opposite scenario is taking place in the tropics, although this is predominantly an agricultural area. The rise in emissions – of which, Crutzen pointed out, there is no emissions control – is due to intense biomass burning in rural areas; the burning of firewood, agricultural waste, and deforestation. Therefore, it is not only the burning of fuel in vehicles and fossil fuel emissions from mass industrialisation that give rise to ozone formation in the troposphere. Tellingly, the highest amounts of ozone are detected in the dry season.

Paul Crutzen obtained the Nobel Prize in Chemistry for his work in atmospheric chemistry in 1995, along with Mario J. Molina and F. Sherwood Rowland. This lecture in Lindau was the first of many, and Crutzen continues to educate others on the immense impact of human activities on the Earth’s processes, not only in the atmosphere, and what research must be done to counter at least some of these effects.