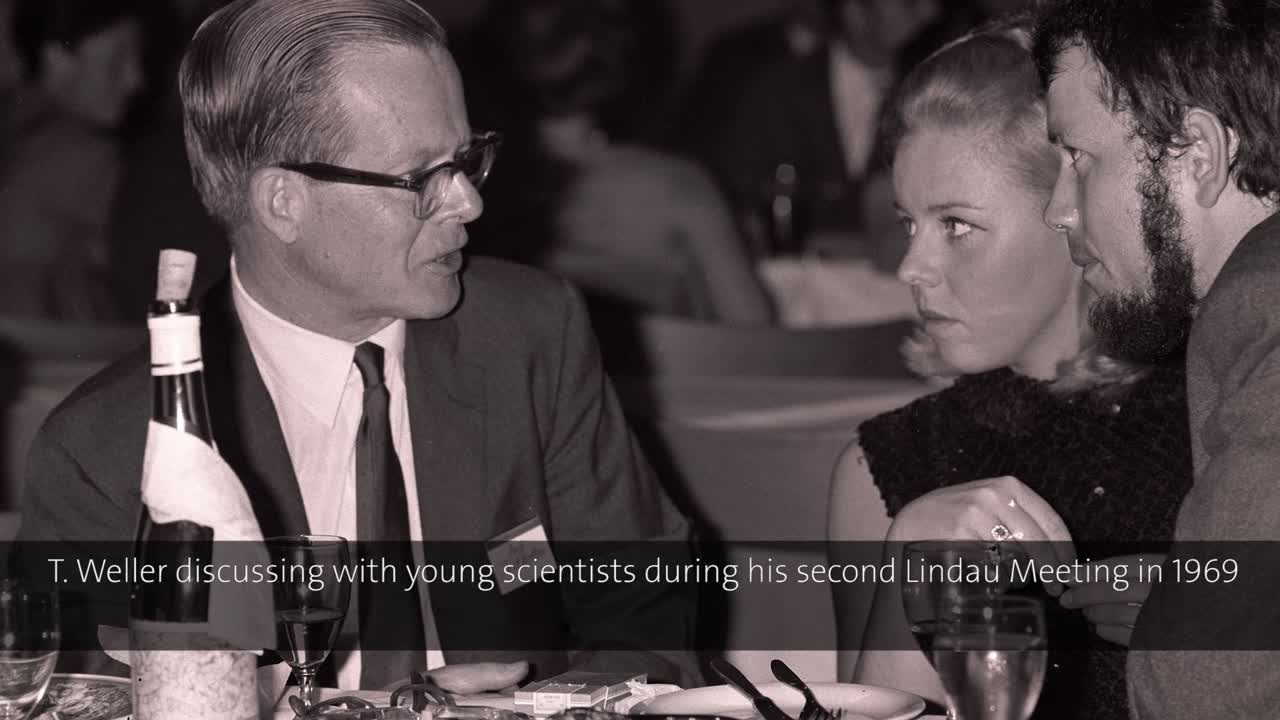 Thomas Huckle Weller won the Nobel Prize in Physiology or Medicine in 1954, sharing the prize with John F. Enders and Frederick C. Robbins. Five years previously, the three scientists had demonstrated that the poliomyelitis virus could be cultured in tissues outside of nerve cells, which galvanized the race for the polio vaccine. Time was not wasted. At the time of the Nobel Prize announcement, the vaccine was already subjected to clinical trials, leading to large-scale vaccination of schoolchildren in 1955 [1]. Weller remained in the field of clinical virology, and had a particular interest in viruses that usually occur in childhood; rubella, Coxsackie, or varicella zoster, known as the chicken pox.

During this brief lecture, Weller focused on a “problem of increasing social significance”, but one that rarely makes the headlines despite its prevalence. Once the symptoms of varicella clear, usually in a child, the body never completely rids itself of the virus. Varicella lies dormant in nerve cells. By the time the child reaches middle age, there is a considerable chance the virus will reactivate in the form of “severe, painful herpes zoster”, in the words of Weller. It is estimated that half of those who live to the age of 85 will develop herpes zoster, also commonly known as shingles, while 10% will have had the disease twice. Weller cited these statistics in 1981, and they are still relevant today [2]. Yet the incidence of herpes zoster is increasing, and this is simply as a result of a longer life expectancy.

Weller and his colleagues isolated the varicella virus in 1952, effectively showing that varicella zoster and herpes zoster are caused by the same virus. The symptoms are different, however, and while varicella is often mild and quickly forgotten, zoster may result in various neurologic complications, which may linger for months or even years. The disease is particularly serious in the immunocompromised, such as patients with cancer or who are HIV positive, or those who have undergone organ transplants.

Soon after this lecture was delivered, a vaccine against varicella became available, yet it is usually only advised for specific groups, such as young children in child care facilities, and not part of national immunisation programmes. In 2006, the first herpes zoster vaccine was introduced, which is recommended in many countries for adults over the age of 60 [3]. Despite the fact that there are vaccines for both varicella and zoster, there is still much debate over whether these are illnesses that warrant enough of our attention to rationalise widespread vaccination. It seems that most of Weller’s lecture could be delivered unchanged today.