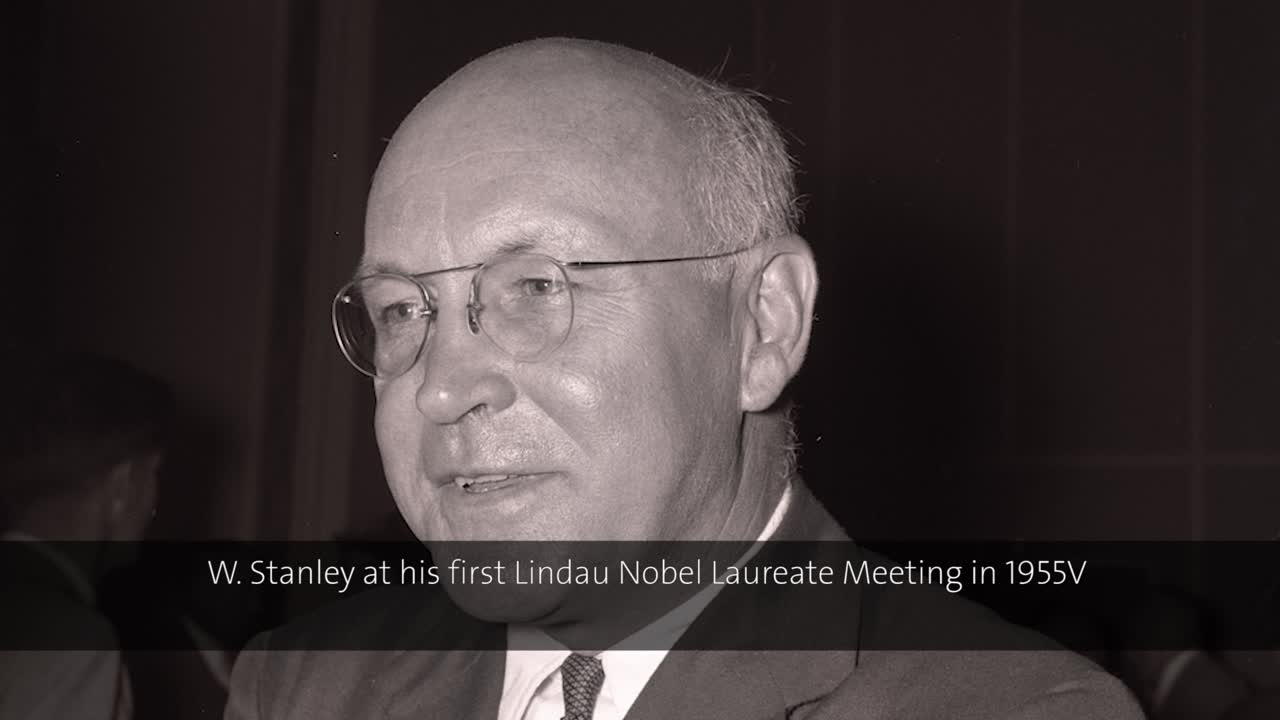 This was Wendell Stanley’s third and final lecture at Lindau, and as was the case with the two previous lectures, it was dedicated to viruses, particularly the tobacco mosaic virus (TMV), which Stanley crystallised in 1935 and for this achievement obtained the Nobel Prize in Chemistry in 1946. The lecture captures the core of virology of the early 1960s, still a relatively young field at the time. Molecular biology and genetics were only just beginning to dominate the biological sciences; the double helix was not even a decade old. Stanley referred to amino acids and offered explanations to biologists in the audience, which demonstrates the significant overlap between biology and chemistry that has taken place within the last half century.

The research presented by Stanley during this lecture proved that he was very much in step with these new facets of virology – the relationship between viruses and cancer, the use of viruses as a simple model to study genetics, the role of mutations in altered characteristics of viruses. Stanley’s research group focused on characterising the molecular biology of TMV by constructing a model of TMV, its protein subunits and nucleic acid. They also deciphered the complete amino acid sequence of a protein subunit of TMV. A laboratory in Tübingen independently came up with a very similar result at about the same time. The differences in sequence were most likely the result of a mutation; the lab had been working with a strain of TMV provided to them by Stanley fifteen years ago.

“Can it be possible that we as human beings are governed finely, really and actually by simply the chemical stability inherent in relatively simple chemical molecules?”, asked Stanley, as if simultaneously introducing the new era of biological revolution, governed by DNA, three feet of which are tightly woven into each human cell. Stanley appropriately concluded his lecture with the statement that there are “many many unanswered questions” in virology.