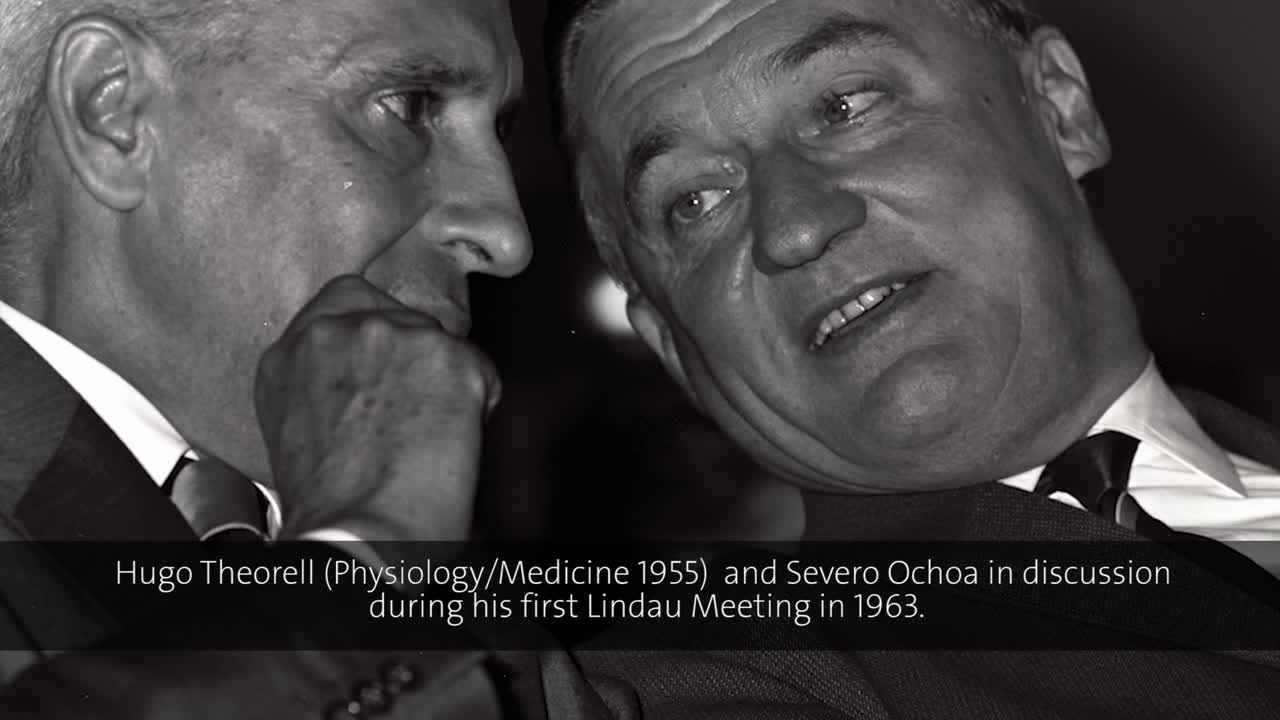 Severo Ochoa was the second Spaniard to win the Nobel Prize in Physiology or Medicine – the first was Ramon y Cajal in 1906, whose writings inspired Ochoa to study medicine at the University of Madrid. Not unlike scientists today, Ochoa carried out research in laboratories in several countries, alternating between Spain, Germany, and Great Britain, before emigrating to the United States in 1941, which would be his home for more than forty years. Ochoa credited his postdoctoral research with Nobel Laureate Otto Meyerhof at the University of Heidelberg in 1929-1931 as formative to his career in biochemistry. The fond memories of this time spent in Germany were most probably an underlying reason for participating in many Lindau Nobel Laureate Meetings. This meeting in 1963 was Ochoa’s first after being awarded the Nobel Prize four years previously, together with his former student Arthur Kornberg. The lecture provides a firm introduction to molecular biology in general, but also an overview of advances in the field in the early 1960s, including the experiments conducted by Ochoa’s research group. The discovery of the double helix was barely a decade old, and new information on DNA/RNA structure and complementary base pairing, described here by Ochoa, led the way for establishing code letters for amino acids, and eventually protein synthesis. At this stage, experiments were conducted in bacteria or viruses, to visualize the macromolecular machinery at work in the simplest conditions. Ochoa mentioned the formation of synthetic polyribonucleotides derived from the bacteria E.coli, as well as replication of the viral RNA of the tobacco mosaic virus.

Ochoa passed away in 1993, but his legacy still thrives at the research centre named after him, the Severo Ochoa Centre for Molecular Biology, in Madrid. A statue of Ochoa graces the entrance to the building, one of several monuments dedicated to the scientist in Spain.