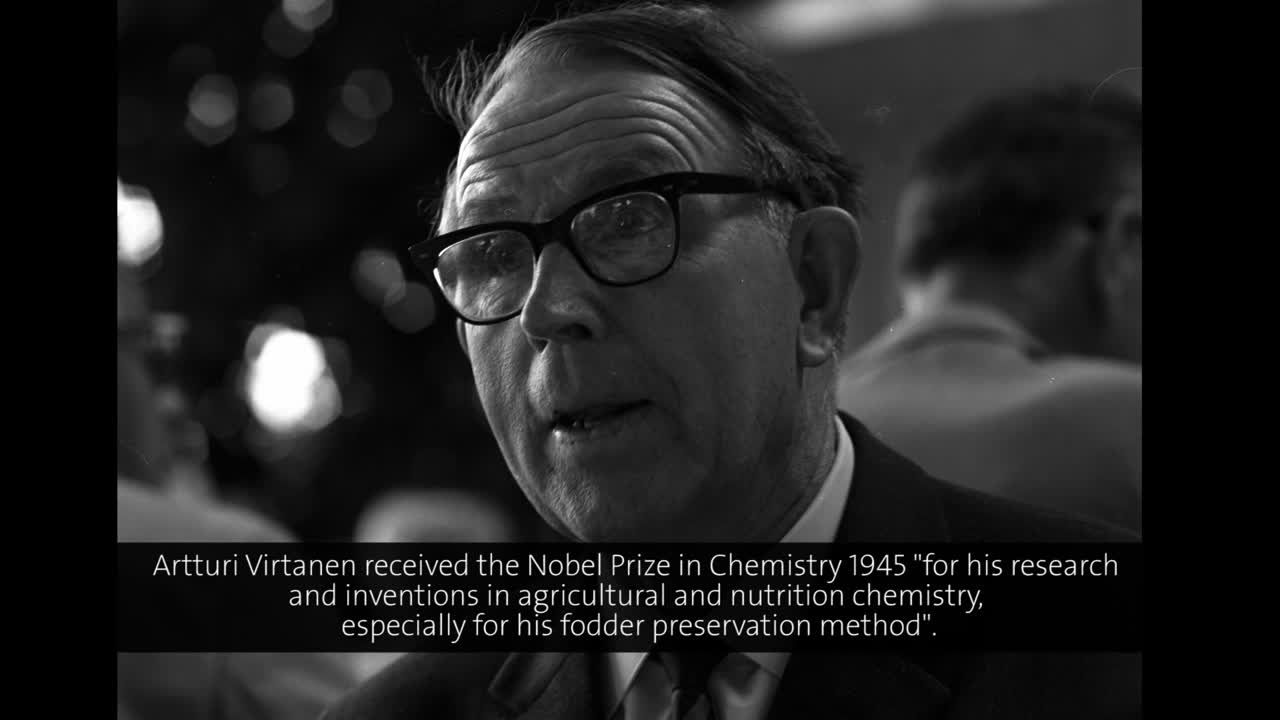 Artturi Virtanen, the only Finish Nobel Laureate in natural science to date, lectured five times in Lindau. Each time on a different topic from the fields of agricultural and nutrition chemistry. In this, his last Lindau talk, he discusses “the production of milk without proteins”. To be exact, he details the cow’s ability to make proteins from simple nitrogen compounds such as ammonia salts and urea.

This is particularly intriguing from the perspective of human nutrition. Grown up humans need to take up nine essential amino acids with their diet. These amino acids cannot be biosynthesized by the body. They are, however, contained e.g. in the proteins found in vegetables, meat or milk. In view of an ever-growing population, it is thus highly desirable to find efficient sources of protein, which contain the essential amino acids and rely on cheap and readily available raw materials. Cow’s milk could be such as source, Virtanen suggests. In his 1961 lecture, he had already pointed out that the cost of protein generation via milk can be compared to the one achievable with cereal growing. However, one factor keeping the cost of protein derived from milk and meat relatively high is that animals themselves require feed containing protein derived from crop products. If this was not necessary anymore, protein for human nutrition could be generated much more efficiently, without the need for field-based agriculture. In Virtanen’s words, cows could be used as machines for the total synthesis of amino acids.

In the present talk he goes on to discuss his own ongoing experiments with experimental animals being fed synthetic cattle feed containing ammonium salts and urea as only sources of nitrogen. Virtanen states that the test animals developed well, reproduced normally and produced milk which tasted similar to the one given by animals fed a normal diet. He also explains that the amino acids are made to a large degree by microorganisms in the rumen of the cows and not by the cows own enzymatic machinery.

From a modern perspective, Virtanen’s work has gained new importance due to feeding safety concerns in the context of BSE or “mad cow disease”, which has been associated to the feeding of cows with bone meal. Other issues include toxic chemicals (e.g. dioxin) in feed from agricultural sources and fears connected to genetically modified feed components [1]. Still, although synthetic amino acid feed additives are becoming more common, completely synthetic animal feeds are not yet relevant on the global market. The majority of animal feed is still derived from crops, in Europe mainly soybean [1].