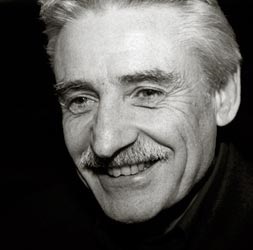 An adult human comprises roughly 100 000 billion cells all originating through division from a single fertilised egg cell. To do this the cell swells, duplicating its chromosomes to split into two equal cells. Leland (Lee) Hartwell split the 2001 award in physiology or medicine with Timothy Hunt and Paul Nurse, both of the Imperial Cancer Research Fund, London, UK, for their discoveries concerning molecules that regulate the cell cycle. Defects in the process may cause the type of chromosome aberrations seen in cancer cells, and their findings could lead to new treatments.

Hartwell used baker’s yeast as a model for cell cycle studies. In a series of experiments from 1970–71, he isolated temperature-sensitive mutant genes for analysis. Eventually he identified many CDC-genes (cell division cycle genes), including the ‘start gene’ CDC28 that controls the first growth stage. Hartwell also found that damaged DNA causes the process to halt to effect repairs before the cell growth continues – a process he called a ‘checkpoint’, which also ensures a correct order between the cell cycle phases.

Leland Hartwell was born in Los Angeles, California, in 1939. He was an eager student in all things, and a teenage slide into football, cars and girls was halted by a move to a better high school. With improved grades, particularly in the sciences, he went to Glendale Junior College, studying maths, chemistry and physics. From there he went on to Caltech to study physics, but took additional courses in biology – focusing on DNA, RNA, protein and bacteriophage genetics. He became fascinated and changed his major to biology. He graduated in 1961 and went to MIT to work on gene regulation under Boris Magasanik. He finished his thesis work in about 30 months but had to stay another year for appearances’ sake, gaining his PhD in 1964.

Hartwell did postdoctoral work on the control of cell growth under Renato Dulbecco at the Salk Institute for 18 months before moving to the new University of California, Irvine, as assistant professor in 1965. After seeking advice from Bob Mortimer at Berkeley and Herschel Roman and Don Hawthorne at the University of Washington, Seattle, he began his eukaryotic cell model studies. Eukaryotic cells – which have their chromosomes located in a nucleus – are common to organisms ranging from yeasts and amoebas to plants and animals. Three years later, Roman invited Hartwell to join the faculty at the genetics department in Seattle, which he did.

In 1996 he joined the Fred Hutchinson Cancer Research Center in Seattle, becoming president/director in 1997. He is dedicated to the early detection of cancer. Among other awards, in 2003 he received the Washington State Medal of Merit. 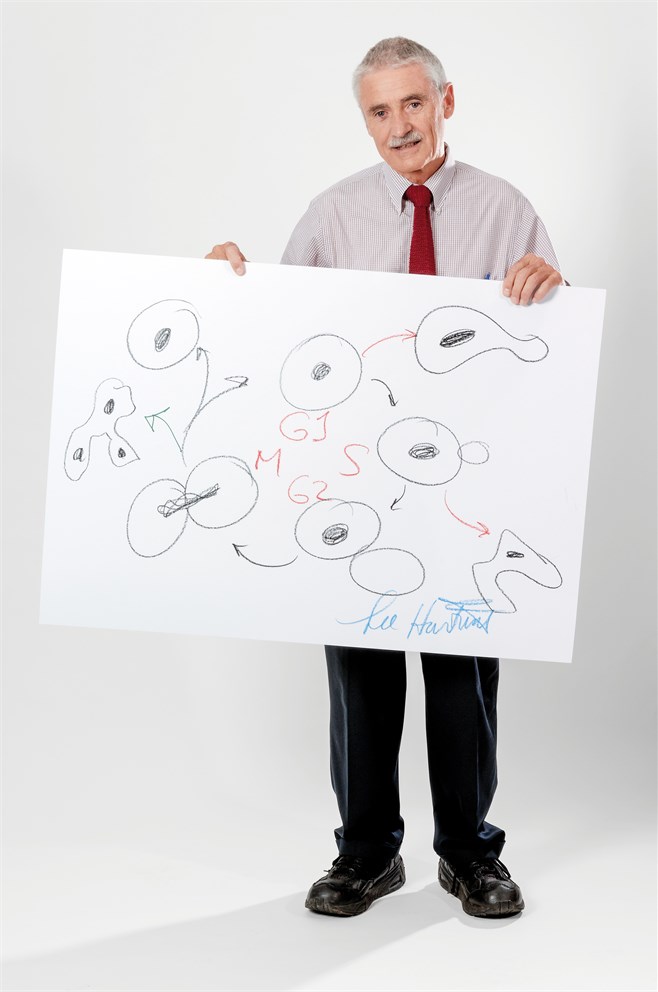 Leland Hartwell with his "Sketch of Science"