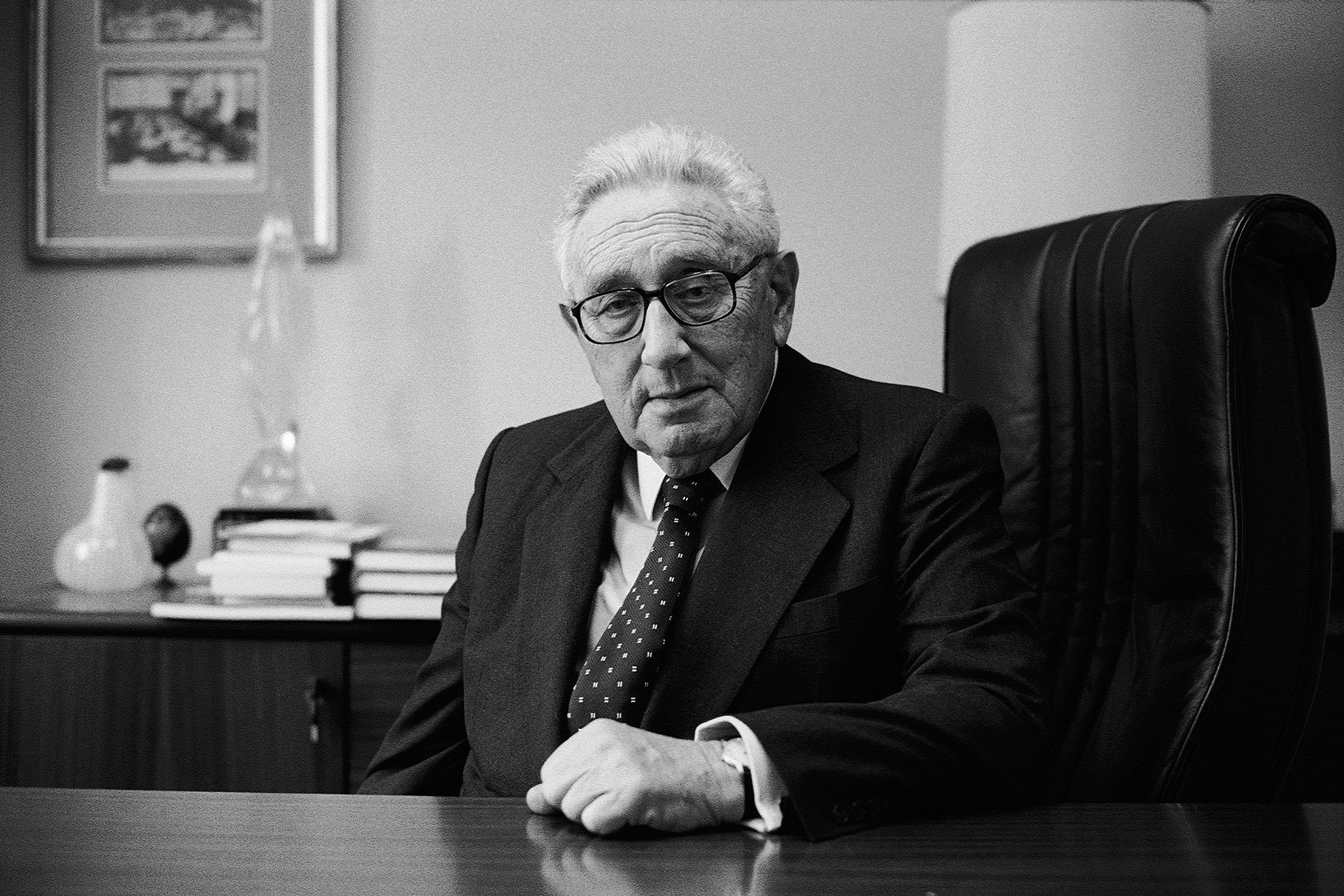 The achievements of Henry (born Heinz) Alfred Kissinger would fill a book - indeed, he has written several - and he is still active politically, chairing (and resigning from) the investigation into 9/11, and advising George W. Bush on the invasion of lraq (but later distancing himself from the war). He served as Secretary of State of the US from 1973-77, under Presidents Richard Nixon and Gerald Ford. In 1973 he was awarded the peace prize with Le Duc Tho of North Vietnam (who declined to accept the award) for their negotiations to end the Vietnam War.

Kissinger was born in Fuerth, Germany, in 1923, moved to the US in 1938, and gained citizenship in 1943. He studied accounting at City College of New York, but in 1943 joined the US Army, as an inter-pret er for the Counter· lnt elli­ gence Corps.

After the war, he remained in Germany and gained a reputation for his ability to find former Gestapo agents. Return­ ing to the US he received a BA summa cum laude at Harvard in 1950 and MA and PhD Degrees in 1952 and 1954. He remained at Harvard as professor of government until 1971, holding several senior positions including director of the Harvard International Seminar and the Harvard Defense Studies Program. He also served as a consultant to sev­ eral government agencies from 1955-68. After serving as Nuclear Weapons and Foreign Policy study director for the Council of Foreign Relations (1955- 56), his Nuc/ear Weapons and Foreign Policy (1957) opposed all-out nuclear strikes in favour of a 'flexible response.' However, he later warned of a 'missile gap' between the USSR and the US. Kissinger (a liberal Republican) advised Nelson Rockefeller on his Presidential campaign in the 1960s. After Nixon won the Presidency in 196 8, he offered Kissinger the job of National Security Advisor (1969- 75) and as Secretary of State (1973- 77). He eased tensions with the Soviet Union, leading to the strategic arms limitation talks (SALT) in 1969, and made the first official US contact with the People's Republic of China in 1972.

Kissinger initia lly urged a hardline policy in Vietnam, but later brokered a cease-ifre, allowing the withdrawal of US troops and outlining a peace between North and South Vietnam. After the Arab-lsraeli War of 1973, Kissinger's 'shuttle diplomacy' helped form a truce in the region and resumed diplomat ic relations between Egypt and the US. Af ter Nixon's resignation in 1974, Kissinger stayed on until 1977. Subsequent to leaving government, he founded Kissinger Associates, an international consulting firm. Among other awards, he received the Hope Award for Inter­ national Understanding (1973), Presidential Medal of Freedom (1977) and Medal of Liberty (1986). He married Ann Fleischer in 1949 and had two children but divorced in 196 4. In 1974 he married Nancy Maginnes.