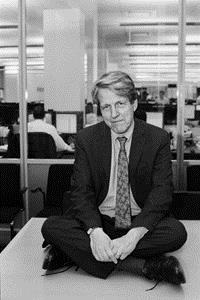 Robert James ‘Bob’ Shiller is widely regarded as one of the top 100 most important economists in the world – possibly because he was one of the few who accurately predicted the stock market crash of 2000-2002 and the bursting of the property bubble that precipitated the crash of 2007-2009.

In 1981 he published an article titled ‘Do stock prices move too much to be justified by subsequent changes in dividends?’ in The American Economic Review in which he challenged the prevailing ‘efficient market hypothesis’ (EMH) view of economics, that suggests investors as a whole are informed and rational, and that agents react effectively to new information. Under the simplest version of the EMH investors would base stock prices on the expected receipt of future dividends, discounted to a present value.

He found that stock prices have fluctuated more dramatically than the present value of corporate dividends, and that the ratio of prices to dividends tended to fall when it was high, and to increase when it was low. This pattern was repeated with bonds and other assets.

To support his view, Shiller tracked the US stock market from as far back as the 1871 and realised it was far more volatile than it should be under EMH. He concluded that, rather than relying on careful examination of stock prices, cycles and expectations, investors were more likely to act on impulse, reacting – or overreacting – to the latest reports and trends, making it inherently unstable.

His hypothesis seemed to bear poisonous fruit when the stock market crashed in 1987, but when Shiller asked investors and stock traders what prompted them to make trades the results reinforced his view that decisions were often driven by emotion instead of rational calculation. His survey had such an impact that the data has been maintained and updated as common practise since 1989.

Studying this ‘behavioural finance' aspect of economic bubbles, Shiller teamed up with Karl Case, who was examining unsustainable house price booms, to create a comprehensive index of house prices across the US. In 1991 they formed a company with fellow economist Allan Weiss, which they later sold to Fiserv, but the Case-Shiller Index remains as the industry standard.

He went on to warn of a stock market bubble in his 2000 book Irrational Exuberance and subsequently issued frequent warnings about the impending disaster of the housing bubble and stock slump triggering a global recession.

Shiller shared the 2013 prize with Eugene Fama and Lars Peter Hansen ‘for their empirical analysis of asset prices’. Both his fellow laureates are based at the University of Chicago – home to the famous monetarist Milton Friedman, and it seems Fama’s devotion to EMH in the face of his own evidence particularly irritates Yale professor Shiller. He says: ‘He is committed … to a libertarian philosophy, teaching at the University of Chicago where Milton Friedman once lived. It must affect your thinking somehow that they really believe in markets… His research shows that markets are not efficient. So what do you do if you are living in the University of Chicago? It's like being a Catholic priest and then discovering that God doesn't exist.’

Robert Shiller was born in Detroit, Michigan, in March 1946, and is of Lithuanian descent. He studied at Kalamazoo College and the University of Michigan, where he gained his BA in 1967. He graduated to MIT where he gained his MSc in 1968 and PhD in 1972. He has taught at institutions in Minnesota and Pennsylvania and lectured at the London School of Economics but since 1982 he has been based at Yale, where he is now Sterling Professor of Economics and a Fellow at Yale’s International Center for Finance. He is a former research associate of the National Bureau of Economic Research, vice president and then president of the American Economic Association and president of the Eastern Economic Association. In 2009 he won the Deutsche Bank Prize in Financial Economics.

Helpfully for a behavioural economist, he is married to a psychologist, Virginia Marie (nee Faulstich), with whom he has two children.