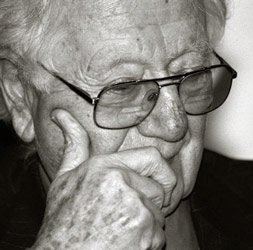 The biological blueprint of our bodies is carried in our DNA; packaged in pairs of chromosomes. Exchange of DNA sequences within the chromosomes – a process now called homologous recombination, first recognized almost 100 years ago by Thomas Hunt Morgan – increases genetic variation in the population. Oliver Smithies and, independently, Mario Capecchi, both saw that homologous recombination could be used to modify specific genes in mammalian cells. Work progressed well in cultured cells but stalled somewhat until 1986, when Martin Evans perfected embryonic stem (ES) cells from laboratory mice, which could be used to transfer the modified DNA into the animals’ inherited germline.

The first reports, in which homologous recombination in ES cells was used to generate gene-targeted mice, were published in 1989. Gene targeting is often used to inactivate single genes. Such gene “knockout” experiments have allowed scientists to establish the roles of individual genes in health and disease, including cardiovascular and neurodegenerative diseases, diabetes and cancer. Smithies used gene targeting to develop mouse models for inherited diseases, such as cystic fibrosis and the blood disease, thalassemia.

Smithies was born in Halifax, England in 1925 and attended the local Heath Grammar School. He developed an early interest in science from playing with radios and telescopes and once admitted he was inspired by a comic strip featuring an inventor that he read as a child. He studied at Balliol College, Oxford receiving a BA in physiology in 1946 and a second bachelor’s degree in chemistry. He received a DPhil in Biochemistry in 1951. From 1953–60, Smithies worked in medical research at the University of Toronto, Canada, before taking up a post at the University of Wisconsin-Madison, where he rose to Professor of Genetics and Medical Genetics and met his first wife, Lois Kitze.

It was also there that he carried out the first stages of his Nobel-winning research regarding gene targeting. He later married another scientist, Nobuyo Maeda, and when she gained a post at the University of North Carolina at Chapel Hill, Oliver moved with her in 1988. The duo set up a lab where the second stage of his Nobel work was carried out and Smithies became Excellence Professor of Pathology and Laboratory Medicine at UNC. He has also worked at the Duke University Institute for Genome Sciences and Policy. Before winning the Nobel Prize, Smithies had already received several awards and is a member of the United States National Academy of Sciences, American Academy of Arts and Sciences, the American Association for the Advancement of Science and the US Institute of Medicine. Despite being color-blind, Smithies is a licensed private airplane pilot who once owned three airplanes and still enjoys flying his glider. 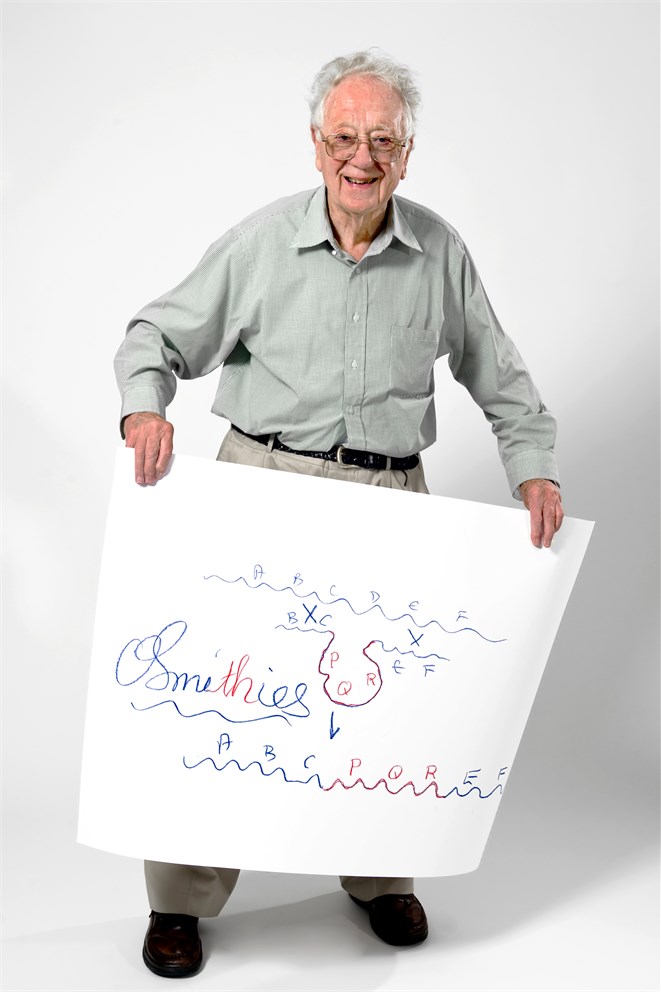 “Is this red?” Oliver Smithies asks, holding up a red crayon.
It is, indeed. But Smithies is colour-blind and cannot distinguish red and green
easily. So, he sorts out the green crayon to avoid confusion and crafts a rhythmic
sketch in red and blue. Itʼs about his discovery in genetics, naturally, but the
colours he uses make me think of Oliver Smithies in his red aeroplane
in the blue skies over North Carolina...

Oliver Smithies’ sketch in red and blue schematically illustrates the modification of a gene, a key step on the road to developing the genetically-altered mouse, for which he, Mario Cappechi and Martin Evans were awarded the Nobel Prize. Discovering how to introduce specific changes into segments of DNA and then incorporate that altered DNA into the germline of mice resulted in the ability to generate the ‘custom-built’ mice that are now the workhorses of so much of today’s biomedical research.

Crossovers between pieces of DNA were known to occur in nature, although rather rarely. Smithies realised that this natural mechanism, termed homologous recombination, could be harnessed to cause such crossovers to happen on demand. Here he has sketched the homologous recombination process using strings of alphabetically arranged letters in place of the four letter code used to illustrate DNA, but the principles remain the same.

Starting at the top, what Smithies wants to do is to modify the ‘DNA’ with sequence ABCDEF by introducing something into it. He wants to insert some additional DNA which has the sequence PQR. So he constructs an experimental piece of DNA with PQR (in red) sandwiched between sequences BC and EF (in blue). ABCDEF is the target DNA, and BCPQREF is the piece of DNA that Smithies is going to introduce into a cell. In theory, BC on the incoming piece of DNA will then find the BC in the target DNA, and EF on the incoming DNA will find the EF in the target DNA, and the two strands of DNA will join together and crossover, giving the product ABCPQREF, seen at the bottom. Together with his collaborators, Smithies showed that it is indeed possible to modify a given target gene in this specific way. Their first experiments were directed at modifying genes in tumour cells grown in tissue culture dishes, but then, through the work of Martin Evans, they were able to extend the method to modify genes in embryonic stem cells.

One key reason that the approach works is that it takes advantage of the fact that the target DNA sequences are rather unique. So the letters ABCDEF in the diagram are in fact supposed to represent one unique set of letters in the string of a thousand million letters that form the human, or in this case the mouse, genome.