The Concept of Human Rationality in Economics and Psychology 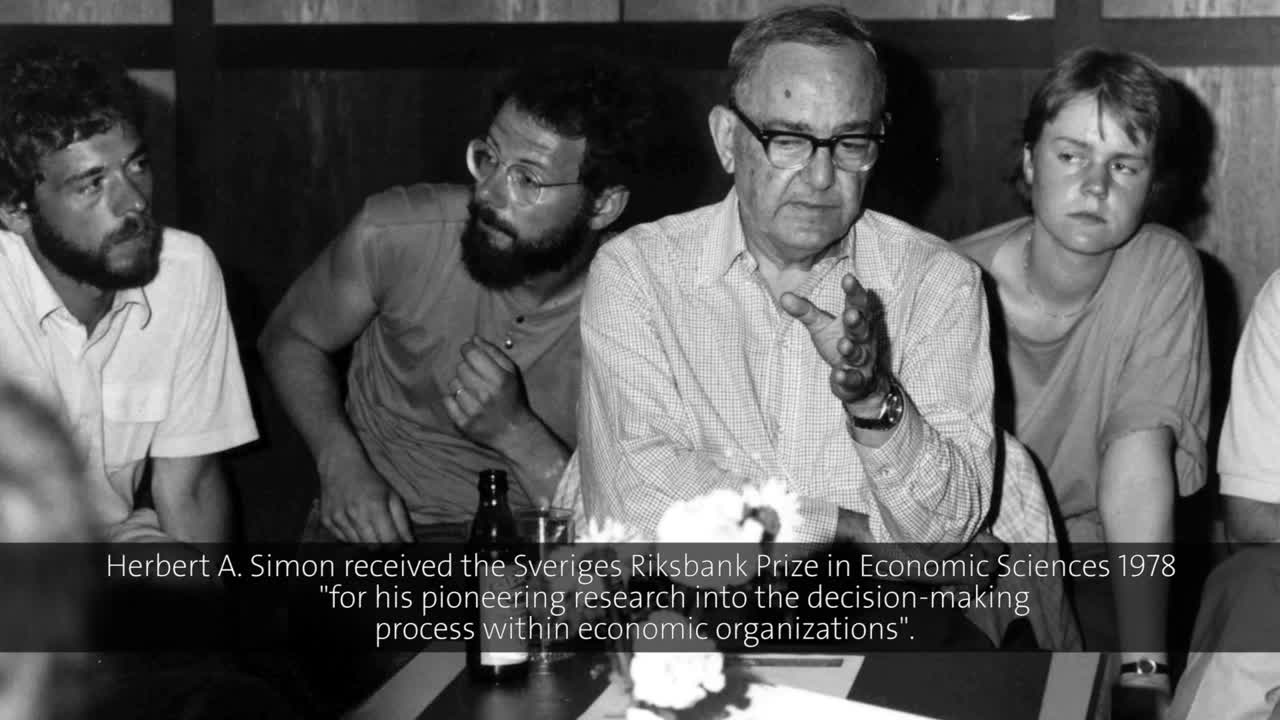 “Economics is a part of the study of man.” Endorsing this assumption of the British economist Alfred Marshall (1842-1924), which he already had quoted at the beginning of his Nobel Memorial Lecture in 1978, Herbert Simon wonders why economists and psychologists „live in very good ignorance of each other’s work“. An important reason for the mutual indifference of the two disciplines probably is their very different view on human rationality, Simon argues. Classical economics is concerned with substantive rationality and asks for the action that a specific situation calls for to maximize utility. Psychology on the other hand deals with procedural rationality and is primarily interested in „the processes that human beings go through in order to try to behave rationally in certain situations”. A procedural rational person, according to Herbert Simon, is not maximizing anything, but trying to reach a satisfactory level of achievement, using incomplete information and limited computational capabilities.

With this distinction of two concepts of human rationality, Simon draws on his own pioneering research into the decision-making processes in organizations and companies, whose first results he had published in his groundbreaking book “Administrative Behavior” in 1947. There he contradicted the classic economic theory, which regarded a firm as one omniscient entrepreneur who applies almost pure reason to maximize profits. He emphasized that a firm in fact is composed of a number of cooperating decision-makers, whose capacities for rational action are limited, and who have to be content with satisfactory rather than with optimal results. “Individual companies, therefore, strive not to maximize profits but to find acceptable solutions to acute problems.”[1]

Governments are also frequently looking for acceptable solutions to economic problems. When they turn to economists, however, they can get a wide variety of advise. Nevertheless, says Simon, there is a wide agreement among all economists from the Keynesians to the monetarists that the classic concept of substantive rationality is very well suited to determine the efficient use of resources. Yet one of the implications of the classic theory is that in equilibrium “all markets are cleared and you are not left around with piles of unused things”. This clearance should also occur in the labor market, but obviously it doesn’t, because unemployment is a current and common reality. Comparing explanations of Keynes and Lucas, Simon subsequently describes how differently unemployment can get reintroduced into classical concepts - by allowing for several departures from their original assumptions regarding rationality! “Out of these departures from rationality, you get quite different policy proposals”, he analyzes. “The real action to fix unemployment does not come out of the assumption of rationality, the real action comes from where you assume people are not able to behave rational.”

Instead of choosing different routes of departure from the classic concept, economists would be better off, if they applied a concept of “bounded rationality” from the beginning, Simon emphasizes. This calls for innovative econometric methods and for empirical data, which help depict economic reality better than the traditionally used aggregated data that have been collected for public purposes. “We have to go back to the source of economic action, that is the decision-making and problem solving of individual human beings”. Only if psychologists and economists collaborated more closely, a sound basis for the choice of economic policies could be found.