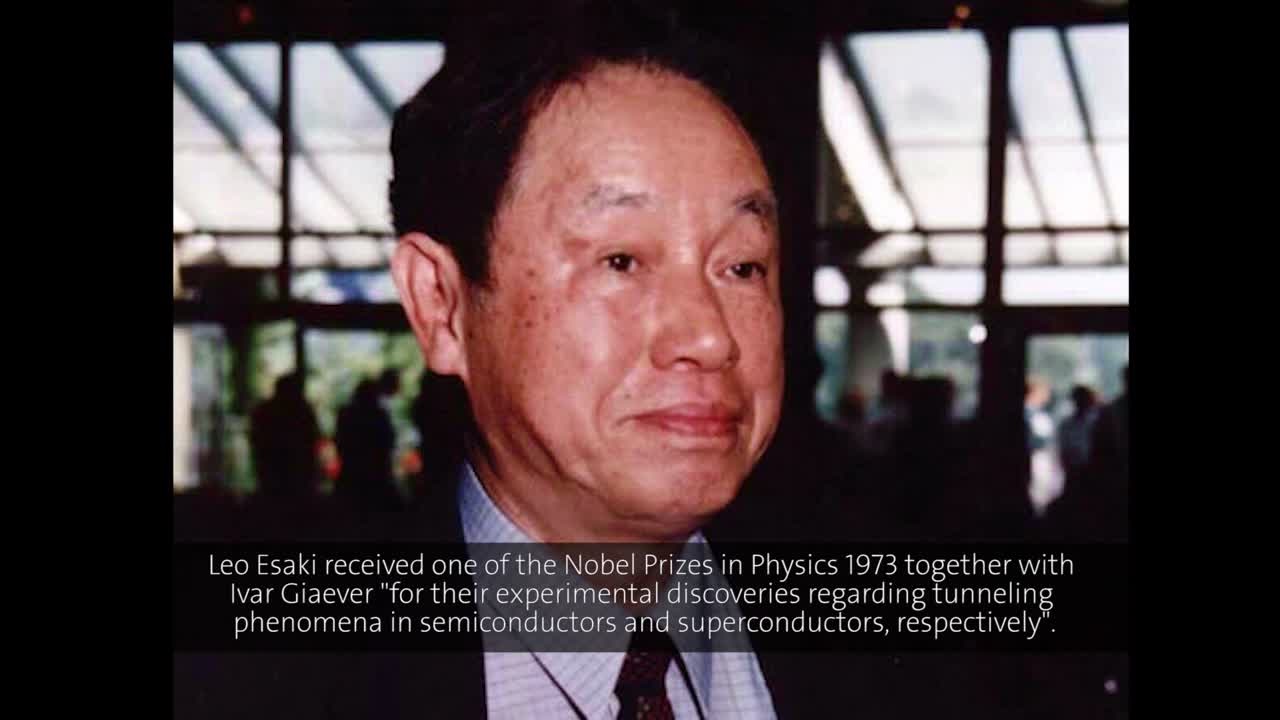 After having shared one of the Nobel Prizes in Physics 1973 with Ivar Giaever, Leo Esaki accepted his first invitation to come to Lindau and give a lecture. Today new Laureates are always invited to the meeting following their prize year, irrespective of the topic being physics, chemistry or medicine. But in those days the new Laureates had to wait for the “right kind” of meeting. This meant that both Esaki and Giaever did not appear in 1974 and 1975, but made their first appearance in Lindau at the physics meeting in 1976. Both of them apparently liked the idea of mixing young people and Nobel Laureates, since they came back and lectured over and over again. Esaki received his prize for the discovery of tunnelling phenomena in semiconductors. Already as a PhD student at Sony in Japan, he had invented what is now called the Esaki diode, a semiconductor device where tunnelling has been made possible by a suitable doping of the parts making up the diode. In the 1970’s, Esaki worked at IBM in the US and was busy developing so-called superlattices, a kind of man-made crystals. His lectures from this time are all reports of on-going research about multi-barrier tunnelling and semiconductor superlattices. In the 1990’s. Esaki returned to Japan to become president of the University of Tsukuba and it is as such that he gives the present lecture. Through his years in the US, his approach to giving a lecture is quite American. It is very informal, with lots of jokes and comments, and one can hear from the response of the audience that they like his “un-presidential” approach. His topics are also more general and often contain a large part about his own experiences as a student and young researcher. In another context, Esaki has given a set of rules on how to become a Nobel Laureate. One rule is to throw away everything that you don’t need, exemplified by his throwing away all the business cards that he received at the formal Japanese presentation ceremonies!