The Nobility of the Scientist's Enterprise 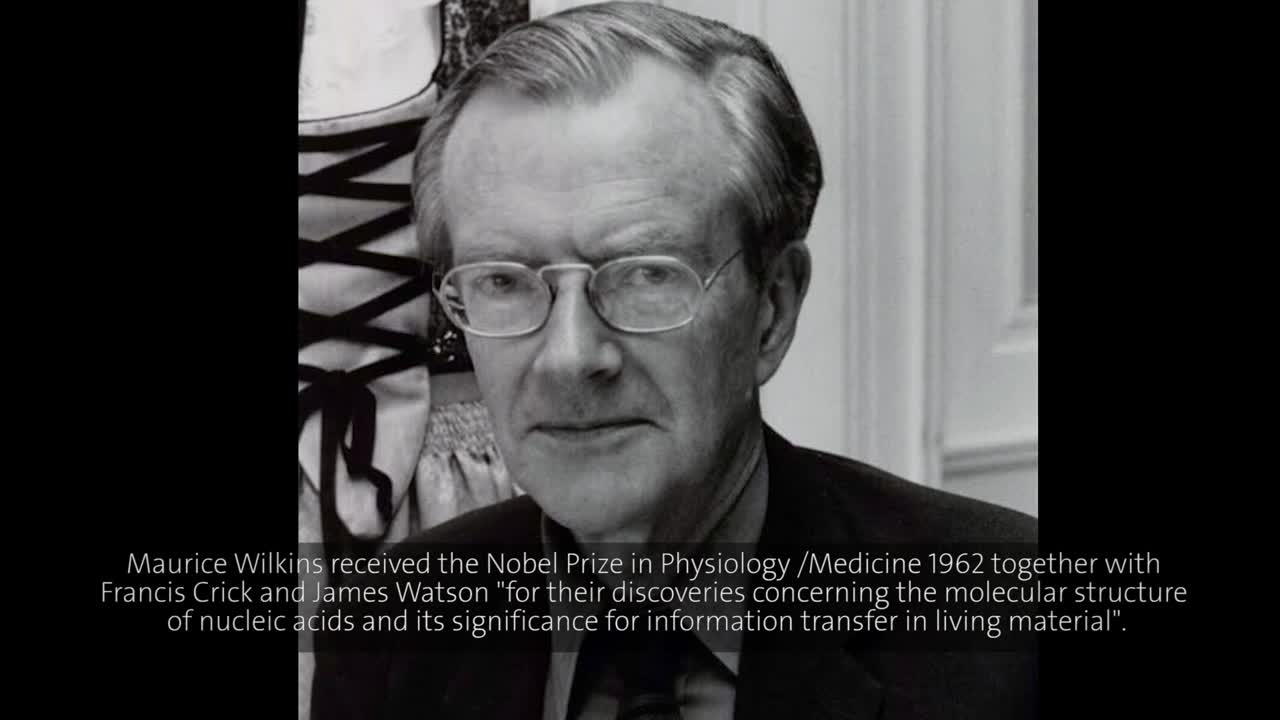 Maurice Wilkins first visited Lindau in 1984, 22 years after he had shared the Nobel Prize in Physiology or Medicine with Francis Crick and James Watson. The iron curtain that divided Europe still existed and with it the fear of a nuclear clash between the two super powers. Wilkins’ lecture included a plea against scientific weapons’ research and concluded the scientific program. This made much sense because of its interdisciplinary content, and perhaps also because it took place on June 28th, the 70th anniversary of the assassination of archduke Franz Ferdinand of Austria in Sarajevo, the event, which led directly to the First World War.

“We must all be very grateful to Count Bernadotte and his associates in Lindau who have at these meetings helped to keep alive the idealistic spirit of Alfred Nobel”, Maurice Wilkins opens his lecture and reasons why he chooses to speak on the nobility of science. “By noble I mean morally elevated, magnificent and admirable”, he says, “but most of us would hesitate to apply the term noble in this sense to most scientific research today”. Science is subject to high commercial or military pressure, the public criticizes it “for bombs and pollution and other undesirable problems” and “as a result many scientists today are rather muted in their optimism”. This was very different a hundred years ago, Wilkins explains, in the decades before the Great War, when “there was an enormous confidence in science as a progressive social force”.

Despite of today’s ambivalence towards science, however, “the veneration of science has another basis which we can continue to accept”, namely that it is “based on certain ideals and these ideals are valid even if in practice science by no means always lives up to those ideals”. In this regard, science is comparable to religion, whose practice also often fails to meet its ideals. In considering how scientists ideally should approach their work, Wilkins, who claims not to be a Christian himself, draws a further parallel between religion and science. If we take the idea of God equivalent to the scientific concept of a universal order in nature, he says, then there is a “similarity between the Quaker who sees God in every man and the scientist who has faith this order exists and without prejudice observes nature.” Both believers and scientists ideally should be in a state of non-possessive love. To underscore this notion, Wilkins quotes the poet Samuel Coleridge: “A scientist must love the object he studies, otherwise he cannot respond to its true nature.” While love is open without limits, however, science for good reasons traditionally sets limits by concentrating on certain objects. This has kept science free from unwanted interferences, yet narrowed its scope. But shouldn’t it be possible for scientists to adopt a more holistic approach and be narrow and broad at the same time? “I suggest we have little alternative but to bring this moral dimension into science”.

If half of the government funds for research and development in the leading Western countries and probably also in the East are spent on problems connected with war, Wilkins says, then we have to face the possibility that applications of science could destroy civilization and science itself. “What’s the use of having all the fine science described at this meeting if science ends up by destroying itself?” Given the many inspiring accounts of the application of science in medicine presented at this Nobel Laureate Meeting, “it would be understandable if some of you preferred that the subject of war simply was not mentioned”, he tells his audience. “But here in Lindau where Alfred Nobel’s spirit lives on, we can hardly forget the great concern he had for preventing war. I feel it would be disrespectful to the memory of Nobel, if I were in any way to apologize for discussing the problem of war here.”