The Rebirth of Physics in Italy 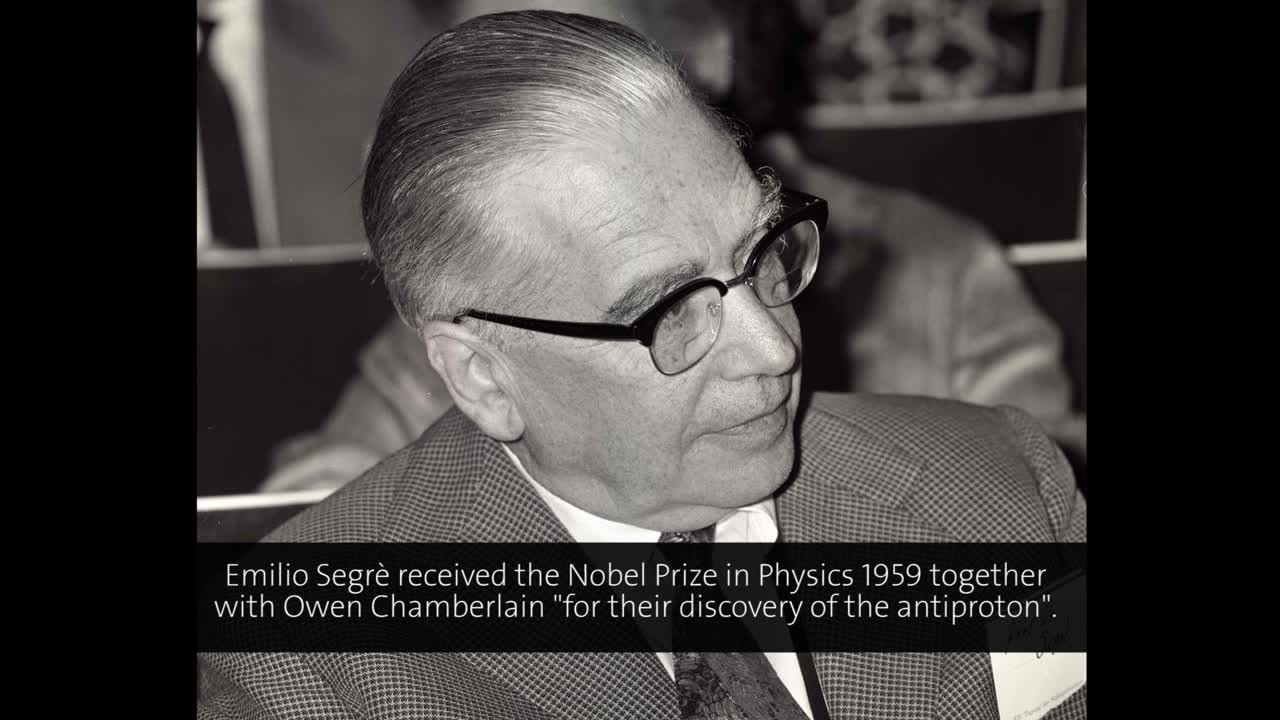 „I need surely not remind you, Professor Segrè, of the occasion, twenty-one years ago, when your compatriot Enrico Fermi received his Nobel Prize in this selfsame place. You and he were intimate friends and you had been collaborating with great success. Both of you belonged to that group of distinguished Italian scientists that was westward bound in those days“, Professor Hulthén, the Chairman of the Nobel Committee for Physics, said in his Award Ceremony Speech[2] to Emilio Segrè, who shared the Nobel Prize in Physics 1959 with Owen Chamberlain “for their discovery of the antiproton” in the proton accelerator Bevatron at Berkeley University. In 1928, Emilio Segrè had been the first doctoral student of Enrico Fermi (1901 – 1954) in Rome. Between 1936 and 1938, he was a professor of physics at the University of Palermo, where he discovered Technetium, the element with the lowest atomic number in the periodic table that has no stable elements. Later he moved to the United States, was involved in the Manhattan project, and became an American citizen in 1944. In October 1955, he and his co-workers Chamberlain, Wiegand and Ypsilantis announced the discovery of the antiproton.[2]

While Emilio Segrè attended the Lindau Nobel Laureate Meetings three times, he only lectured there once with this brilliant overview of the history of modern physics in Italy. He describes it as a “cosinus curve” that started with Galilei and subsequently sank down “mainly because of what happened to him”, so that physical research practically disappeared from Italy. A “second big maximum” however was reached at the end of the 18th century mainly through the work of Volta, according to Segrè “a very, very great man with a powerful mind but very few mathematical knowledge” who nevertheless succeeded in the enormous achievement of “making the passage from the Galvani frog to the battery”. Second to Volta, Segrè only mentions Avogadro as a great Italian physicist of that time, and he regrets that “Volta left no pupils in Italy, perhaps because his insufficient knowledge of mathematics prevented him from communicating his knowledge in a coherent fashion”.

After Volta’s death it took about 100 years before Italy experienced a resurgence of physics - mainly through the genius of Enrico Fermi. “Essentially self-taught” as Fermi was, he was lucky to find a mentor like Orso Mario Corbino who created for him the first chair of theoretical physics in Italy and “did everything to facilitate Fermi’s work”. Vividly and proud, in the longest part of this lecture, Segrè recalls the intensity and the enchantment of this decade of cutting-edge physics in Italy, mainly in Rome and in Florence, both in the fields of atomic spectroscopy, cosmic ray research, and nuclear physics. Showing a picture of three young men in their mid-twenties - Fermi, Heisenberg, and Pauli on Lake Como - he says “it became apparent that Fermi was the voice through which Italian physics could speak”. Sadly enough, in 1938 Fermi’s group disbanded due to the political situation in Europe. “We felt conscious of the impending catastrophe”. Fermi, whose wife was Jewish, took the chance of the Nobel Prize Ceremony to flee from Stockholm directly to the US where his ingenious ideas would bear so much fruit.

One of the most gifted members of the “Fermi school”, Ettore Majorana, “killed himself” as Segrè says. Yet it is very much debated whether Majorana who disappeared in spring 1938 during a boat trip from Palermo to Naples really committed suicide or rather sought shelter in a monastery or fled to South America. He certainly is one of the most mysterious figures of 20th century physics. He was the first to suggest that neutrinos might be their own antiparticles - one of the hottest topics in physical research today. Fermi himself compared the genius of Majorana to that of Galilei and Newton.