Applications of the Principles of CAT Scanning in Science and Medicine 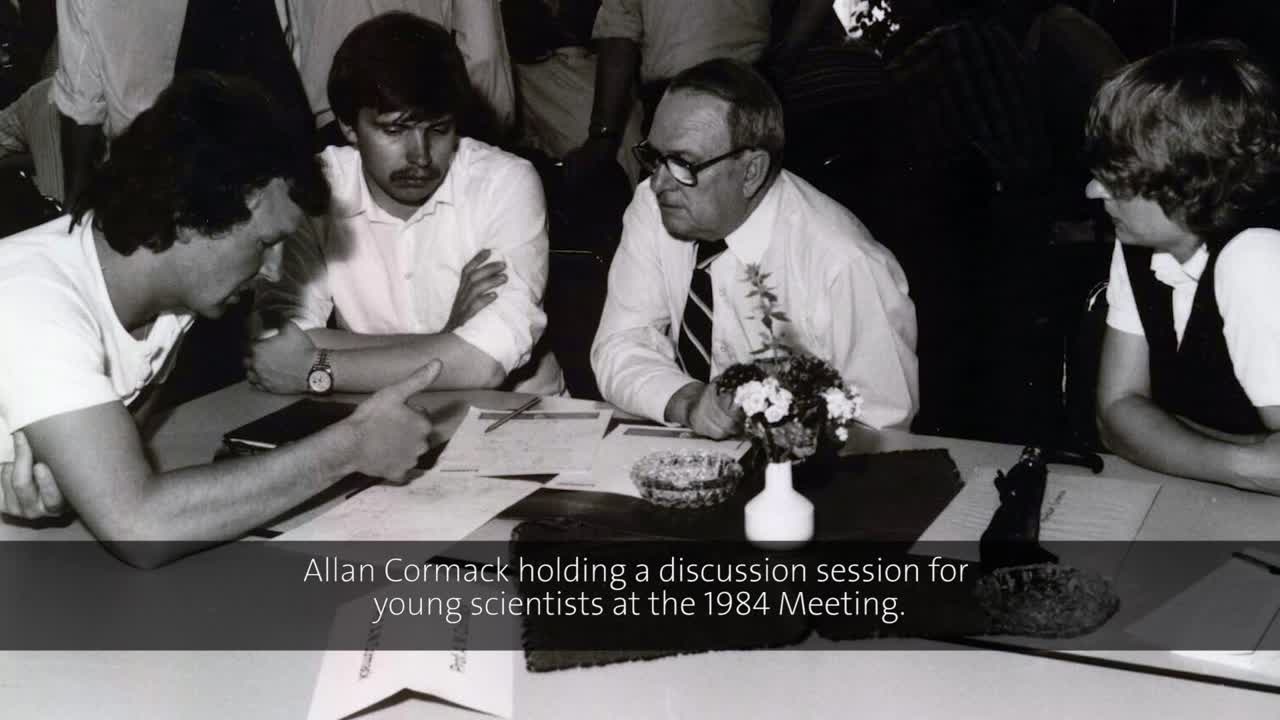 Allan McLeod Cormack attended six Meetings in Lindau, and with the exception of the Meeting in 1990, the meetings were dedicated to Physiology or Medicine. Cormack, a physicist by training, must have felt a bit out of place among experts in medicine and the life sciences, although he received the Nobel Prize in Physiology or Medicine, together with Godfrey Hounsfield, in 1979, for the invention of computed tomography, the groundwork for computer-assisted tomography (or CAT) scanning. “I know very little about medicine and physiology”, he introduces his lecture at the 34th Meeting, and states that his lecture will provide some “relief from heavy physiology”.

The lecture provides a historical perspective on CT and other applications, which are based on the solution of the Radon transform by Johann Radon in 1917. Cormack himself conceded that he was unaware of the Radon transform when he began work on the CT in 1956, yet there are many forms of the solution, depending on the application. The basic question of Radon’s problem is, given a number of lines crossing a plane, or a number of projections, is it possible to calculate the function from the line integrals and thus reconstruct an image? Cormack gave a number of examples of the solution, on scales “from a virus to the moon”, in applications ranging from electron microscopy, CAT scanning and positron emission tomography (PET) scanning, and nuclear magnetic resonance (NMR) in medicine, to ocean tomography and radio astronomy.

From the perspective of the physics of medical imaging, Cormack notes the interesting fact that CAT scanning, PET scanning and NMR depends on physics of the 1890’s, 1930’s, and 1950’s, respectively, thus the gap between discovery and medical application is closing.

“You can’t do computer tomography without computers”; Cormack disproved this statement by describing the numerical methods developed by Lorentz, Uhlenbeck, Eddington and Ambartsumian in the first half of the 20th century.

Cormack concluded his lecture with a short description of his latest research, on the Radon transform of curves in a plane, which, he admitted, may be useless. But his sentiments regarding “the usefulness” of science are echoed by many over thirty years later: “What disturbs me is that more and more people (...) are asking, ‘Well, what use is this work that you’re doing?’ And if you restrict science, or what passes for science, to doing only problems that are patently useful, then I’m afraid that science is going to quickly come to an end and we’re going to replace it with a rather dull, slowly progressing technology. So here I’d like to cast one vote for doing useless projects like these, which in the end may turn out not be useless, but we never know.”