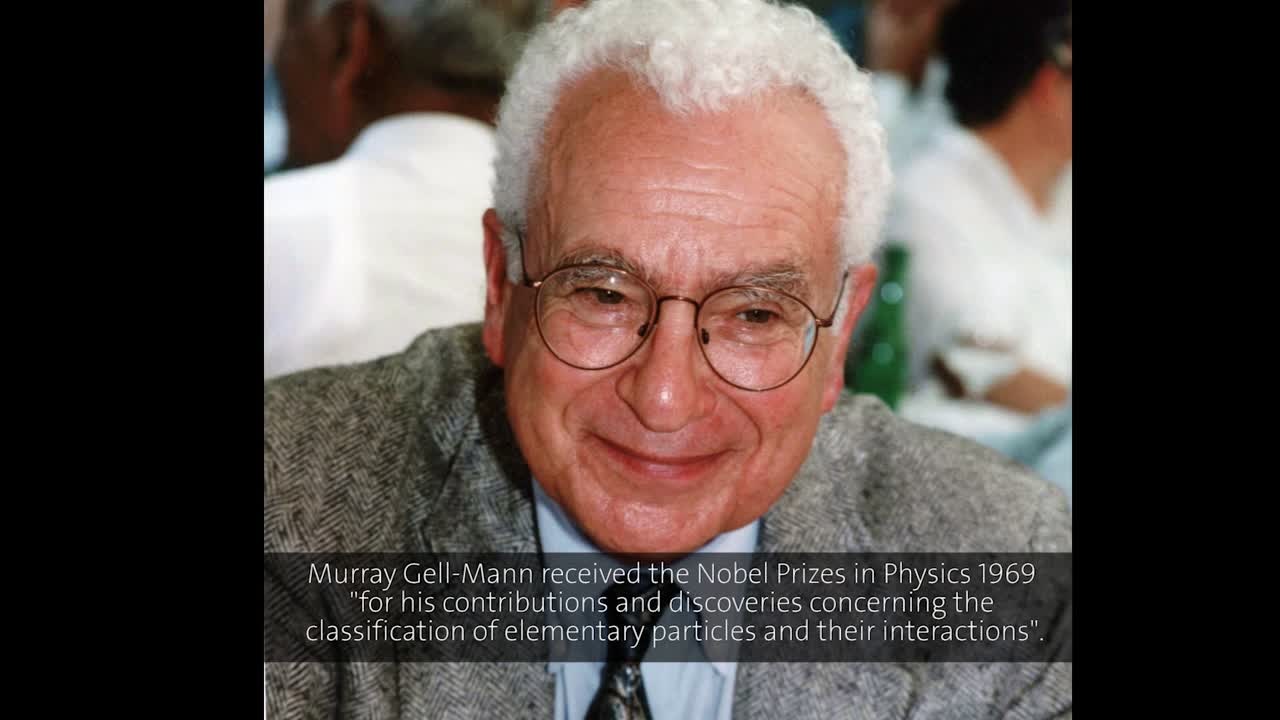 Murray Gell-Mann is the sole recipient of the Nobel Prize in Physics in 1969, awarded “for his contributions and discoveries concerning the classification of elementary particles and their interactions”.
During his only lecture at Lindau, the 44th Lindau Nobel Laureate Meeting in 1994, Gell-Mann introduced the audience to plectics, the study of simplicity and complexity, which was the subject of his newly published book, “The Quark and the Jaguar”. Both simplicity and complexity are difficult to define. As Gell-Mann noted, it is dependent on who is doing the describing and the level of detail (or in the words of physicists the level of coarse-graining) the person chooses to employ. Complexity is best viewed using the concept of algorithmic information content; a technically defined quantity whereby a system is reduced by coding to bits - the entity is described by a string of zeroes and ones. The regularities identified in this string of data can be compressed into a brief message, which Gell-Mann called a schema. These systems are known as complex adaptive systems, which are all of life’s processes, both living and non-living – from prebiotic chemical evolution to the evolution of economies and the digital revolution.
Complexity can arise from initial order, from simple fundamental laws, and these are then exposed to the repeated operation of chance. Gell-Mann describes his theory of “frozen accidents” by mentioning “The Garden of Forking Paths”, a short story by Argentine writer Jorge Luís Borges, where the various alternative versions of events branch out into a labyrinthine garden. Regarded in this way, the many different accidents that took place in the history of the universe give rise to complexity, what Gell-Mann called “a branching tree with probabilities, with accidents at the branchings”. Some accidents are more important than others; here, Gell-Mann uses the example of the untimely death of Prince Arthur, which led to the famous reign of his brother Henry VIII and its historical consequences.
Plectics is a subject which concerns a myriad of disciplines and their processes, ranging from basic science, to history, biological evolution, linguistics and learning. It is a study appropriate of an accomplished scientist, who, in the 1950s, succeeded in creating a system out of the chaotic world of elementary particles, the “building blocks of atoms”.