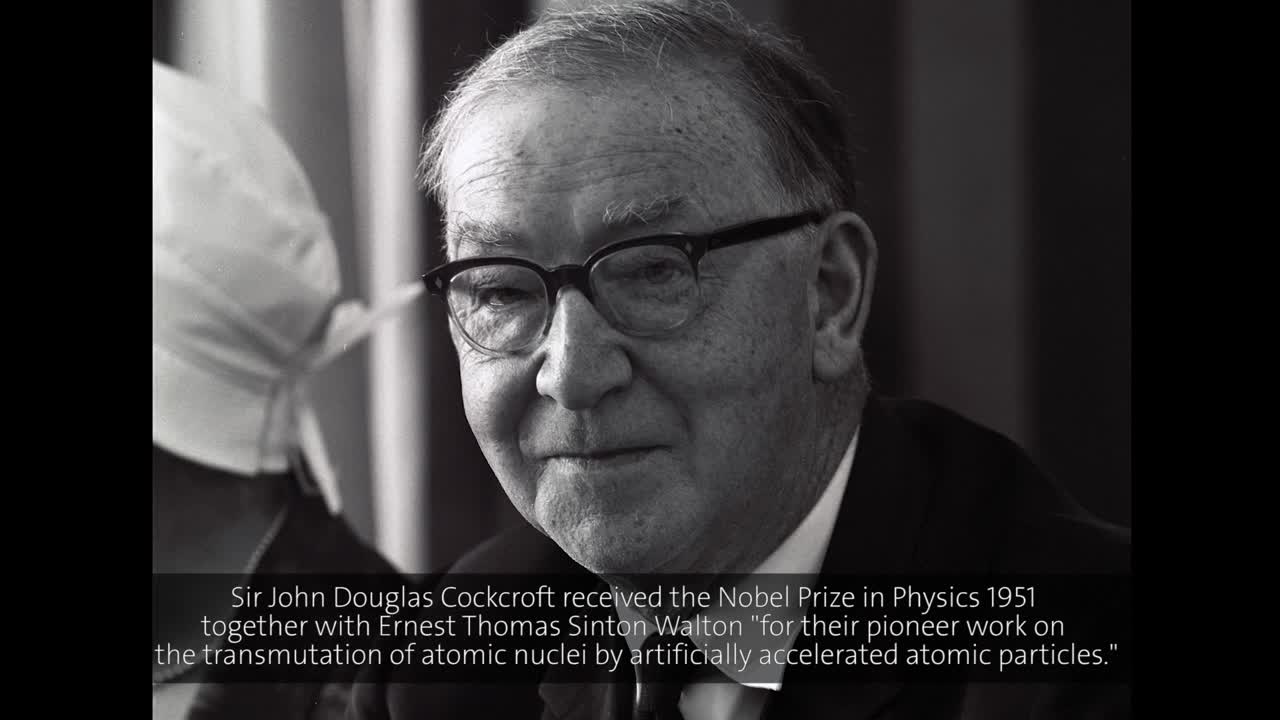 Sir John Cockcroft was a recipient of the Nobel Prize in Physics in 1951, but since 1946 his main occupation was as director of the Atomic Energy Research Establishment in Harwell, UK. This was Cockcroft’s second meeting at Lindau, and this lecture could be perceived as a follow-up to his first lecture delivered six years previously, where Cockcroft presented the first steps in the commercial production of nuclear power. The topic must have generated a lot of interest at the time; many parts of the United States and Europe would soon be dotted with the characteristic cooling towers of nuclear power stations. After the lecture, which was delivered in English, a film on the construction of nuclear power stations was shown in German. During the lecture, Cockcroft explained the technological problems of the Calder Hall and Chapelcross nuclear power stations, which became operational in 1956 and 1959, respectively. The reactors in these power stations were so-called Magnox reactors, where uranium fuel was used, and the neutrons in the nuclear chain reaction were slowed down by graphite moderators. Carbon dioxide was used as a heat transfer gas.

The lecture reflects the hopeful attitude towards nuclear energy, as well as a sense of pride in the accomplishment of using nuclear energy for civilian purposes. An article on the World Nuclear News website, marking the 60th anniversary of the opening of the Calder Hall power station, mentioned that the floors in the turbine hall and the turbines themselves were regularly polished with car wax by the devoted staff. Cockcroft stressed that any problems encountered in the running of the stations were minor, and the reactors were “docile, easy to control”. He presumed that the newly-constructed nuclear power stations could be in operation for up to 30 years at best. In fact, the sites mentioned in this lecture were operational for much longer; Calder Hall and Chapelcross nuclear power stations were closed for decommissioning after nearly fifty years.

Cockcroft believed that this rise of nuclear power was only the beginning, and that decreasing capital costs and increasing reactor output would lead to very low costs of electricity, and “little difference in costs between nuclear and coal plants” by the end of the 1960s. But by the 1980s public support for new nuclear reactors began to wane, particularly when costs associated with more stringent environmental regulations for the storage of radioactive waste, and the difficulties of decommissioning existing stations, were revealed. However, despite many concerns, the life extension of some existing reactors, as well as the construction of several nuclear reactors is planned in the UK. Electricity may never be free, as some optimists believed in Cockcroft’s time, but nuclear power may generate up to a third of energy demand in the coming decades.