Radioactivity in the Service of Man 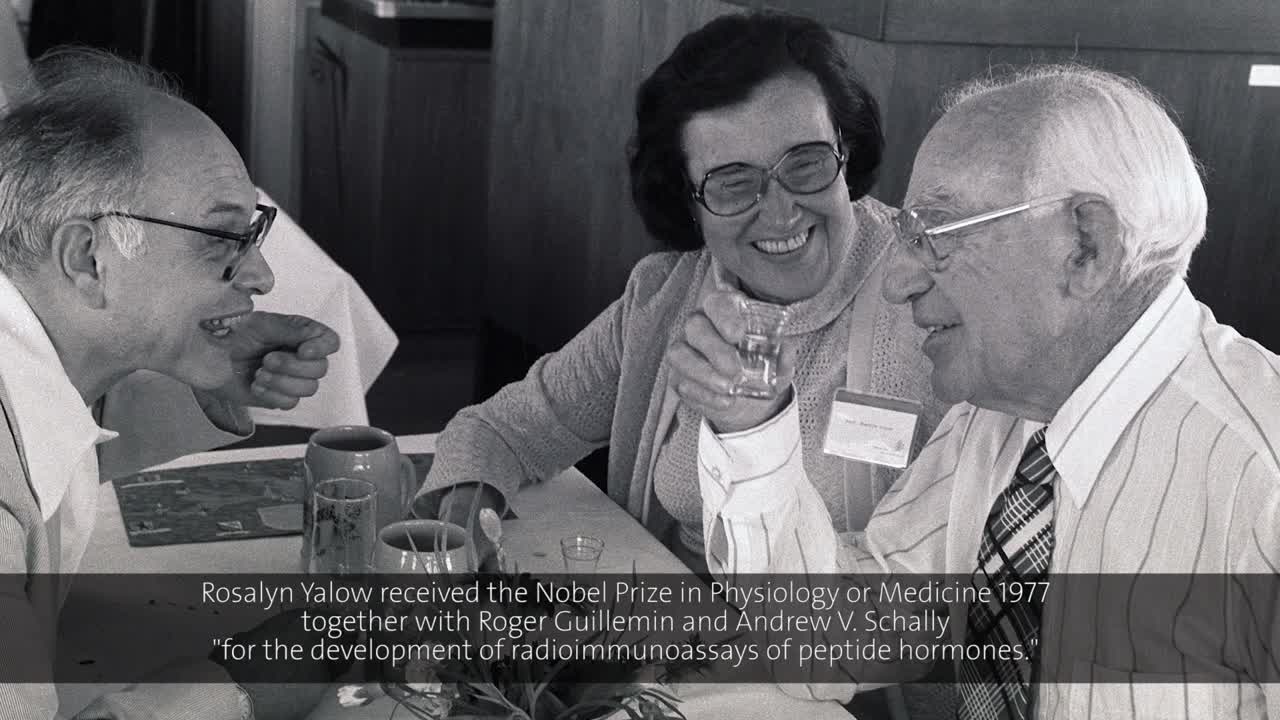 Rosalyn Yalow introduced herself to her audience in Lindau as a nuclear physicist, whose work is in the application of radioactive isotopes in medicine. During this lecture, Yalow described the research that led to the Nobel Prize in Physiology or Medicine in 1977, but also voiced her criticism of recent regulations on radioactive material as set by the Nuclear Regulatory Commission, a government agency in the United States.

Radioimmunoassay (RIA) is a method for detecting and measuring unimaginably small quantities of biological material in vitro, at the level of nano- and picomolar concentrations. The presence of an antigen, a foreign substance in the body such as a bacterial cell or a virus, sets off a specific immune response. Antibodies are proteins that interact with antigens, neutralising their activity. In RIA, a radioactively-labelled antigen is added to a sample, and both the labelled and unlabelled antigens compete for antibody binding sites. After an incubation period, both the amount of labelled antigen that is bound to the antibodies and the amount that is free in solution, are measured. In the end, the amount of unlabelled antigen can be read from a standard curve. In the 1950s, Yalow and her research partner Dr Solomon Berson developed and refined RIA by detecting the hormone insulin in blood plasma of diabetic and non-diabetic individuals. Recognised journals rejected their manuscripts on the grounds that insulin cannot be antigenic and bind to antibodies. Yalow mentions that she kept the letters of rejection and included one in her Nobel lecture, a testament to her ultimate faith in the results, and wonders how many scientists retract from their research field after failing to publish, perhaps burying potential scientific discoveries?

Twenty five years had passed since these experiments took place, yet in the audio recording of this lecture Yalow’s voice still brims with excitement and a genuine passion for RIA, “the amalgamation of physics and medicine”, the work of a physicist and a physician. Yalow also included interesting clinical examples of application of RIA in “detective work” for solving a crime.

Yalow concluded the lecture with her opinion on the safety of radioactivity and disapproval of the fear of radiation at any level, particularly when the benefits overwhelm real risks. An important message was aimed at scientists. Yalow believed they have a particularly meaningful role in influencing decision-makers, especially when “needless regulations impede scientific progress and do not serve the common good”.