The Wider Aspects of the Discovery of Atomic Disintegration 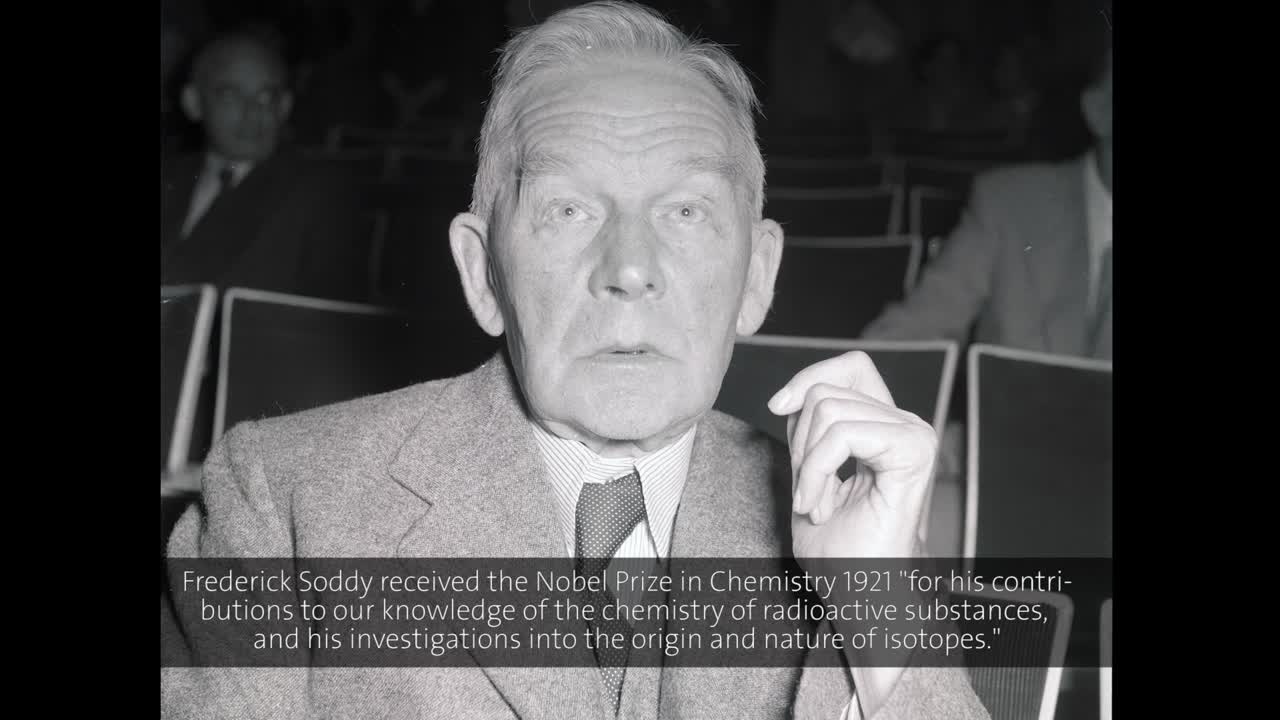 Frederick Soddy attended the Lindau Nobel Laureate Meetings every year, beginning from the 2nd Lindau Meeting in 1952, to his last meeting in 1956. Soddy had received the Nobel Prize in Chemistry in 1921, “for his contributions to our knowledge of the chemistry of radioactive substances , and his investigations into the origin and nature of isotopes”. He was the oldest of the thirteen Nobel Laureates present at this Meeting, and as can be heard from the lecture, Soddy had witnessed the beginnings of a remarkable scientific field – radiochemistry. Indeed, he was one of the great pioneers of the field, widening the scope of Henri Becquerel’s and Pierre and Marie Curie’s discovery of radioactivity and the first radioactive elements by adding a new chapter to the story of radioactivity – the spontaneous transmutation of the elements, better known today as radioactive decay. By 1913, Soddy had established the fact that the new series of radioactive elements were in a sense variations of one element; bearing the same chemical properties but with different atomic weights. Soddy named them isotopes. Thus, elements were found not to be homogeneous, which added another layer to the quest for the structure and nature of the atom. Soddy himself realised that the chemistry he was taught underwent a drastic change, which was “bordering on the bizarre and fanciful”, upsetting the laws of the conservation of energy. As Soddy explained, “it has taken half a century for the clouds to clear away and the picture to become clear”, but modern science had nevertheless reached a level that was inconceivable to most, leaping from the analysis of “ordinary common elements”, as Soddy called them, to the “world within the world” of mesons and neutrinos. One can sense from the lecture that Soddy is mildly scornful of the labyrinth science had become, amalgamating chemistry with physics and mathematics, yet over half a century has passed since this lecture, and the borders between chemistry, physics, mathematics and also medicine have become even more difficult to define.