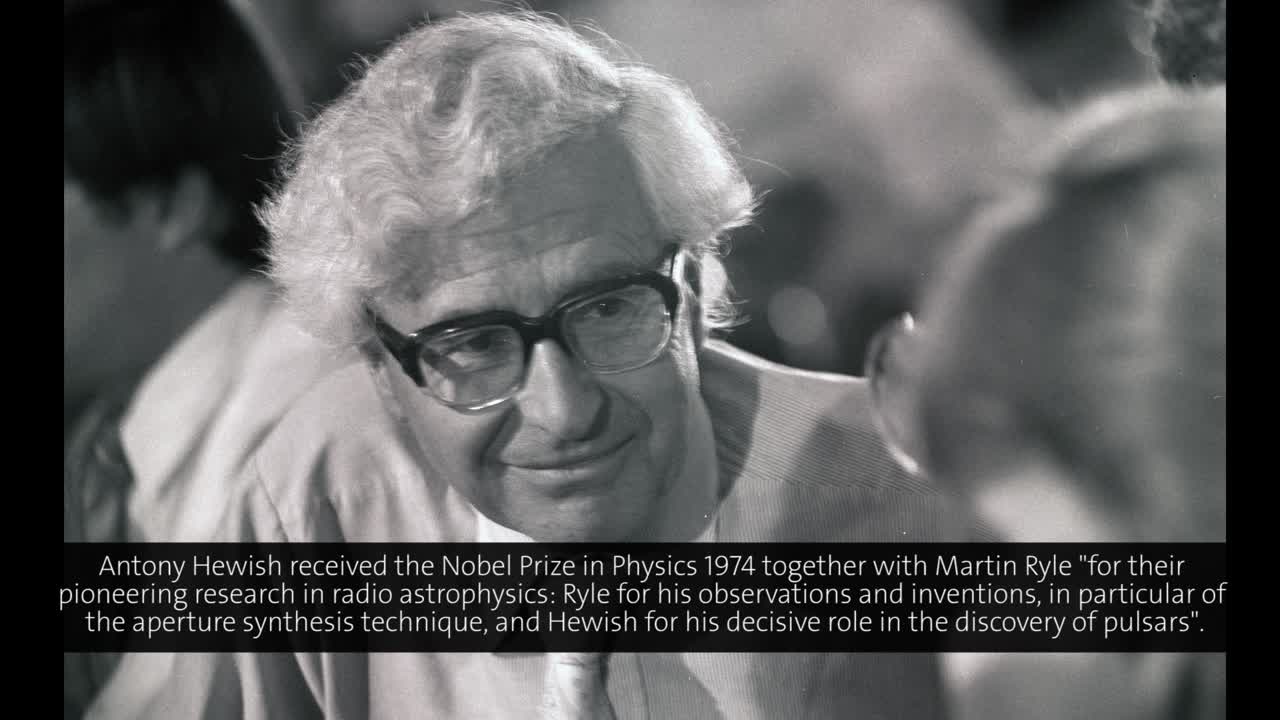 This lecture was Antony Hewish’ third lecture in Lindau, and by this time almost twenty five years had passed from his discovery of the pulsar, for which he and Martin Ryle won the Nobel Prize in Physics in 1974; the first Nobel Prize in the field of astronomy. In this lecture, Hewish builds a convincing case that astrophysics is exciting because of the extreme conditions it takes place in, and reveals the properties and processes of dying stars.

A pulsar is a quickly rotating neutron star with a powerful magnetic field, emitting radio waves at a stable frequency. The beam of coherent radiation sweeps around the axis of the pulsar at very precise intervals (the pulsar discovered in 1967 had a sequence 1.33 seconds apart). Particularly since the discovery of millisecond pulsars, the concept arose of using these celestial objects as accurate clocks.

What would happen if we squeezed a lump of material here on Earth? The atoms of the material would become densely packed, until eventually their orbitals would overlap. If the material is compressed more and more, without end, the quantum energy would rise and the electrons would start to move randomly. At the scale of extreme physics, this degenerate matter will form neutrons (hence the name neutron star). When a star becomes low on nuclear fuel, it explodes, and, depending on the mass of the star, forms white dwarves, supernovae and its resulting neutron stars, or black holes. Neutron stars have an unimaginable density of 10 to 100 million tons per cubic centimetre, the mass of the Sun crammed into a volume smaller than the Earth. As Hewish notes, old stellar age is not a dull phase.

What do you need for extreme physics to take place? What is a neutron star like? Why do neutron stars emit radio waves? Hewish answers these complex questions so that they can be understood by a general audience, and creatively describes other-worldly phenomena, such as matter that has needle-like atoms, quantum liquids that cannot be stirred and plasma flowing at the speed of light.